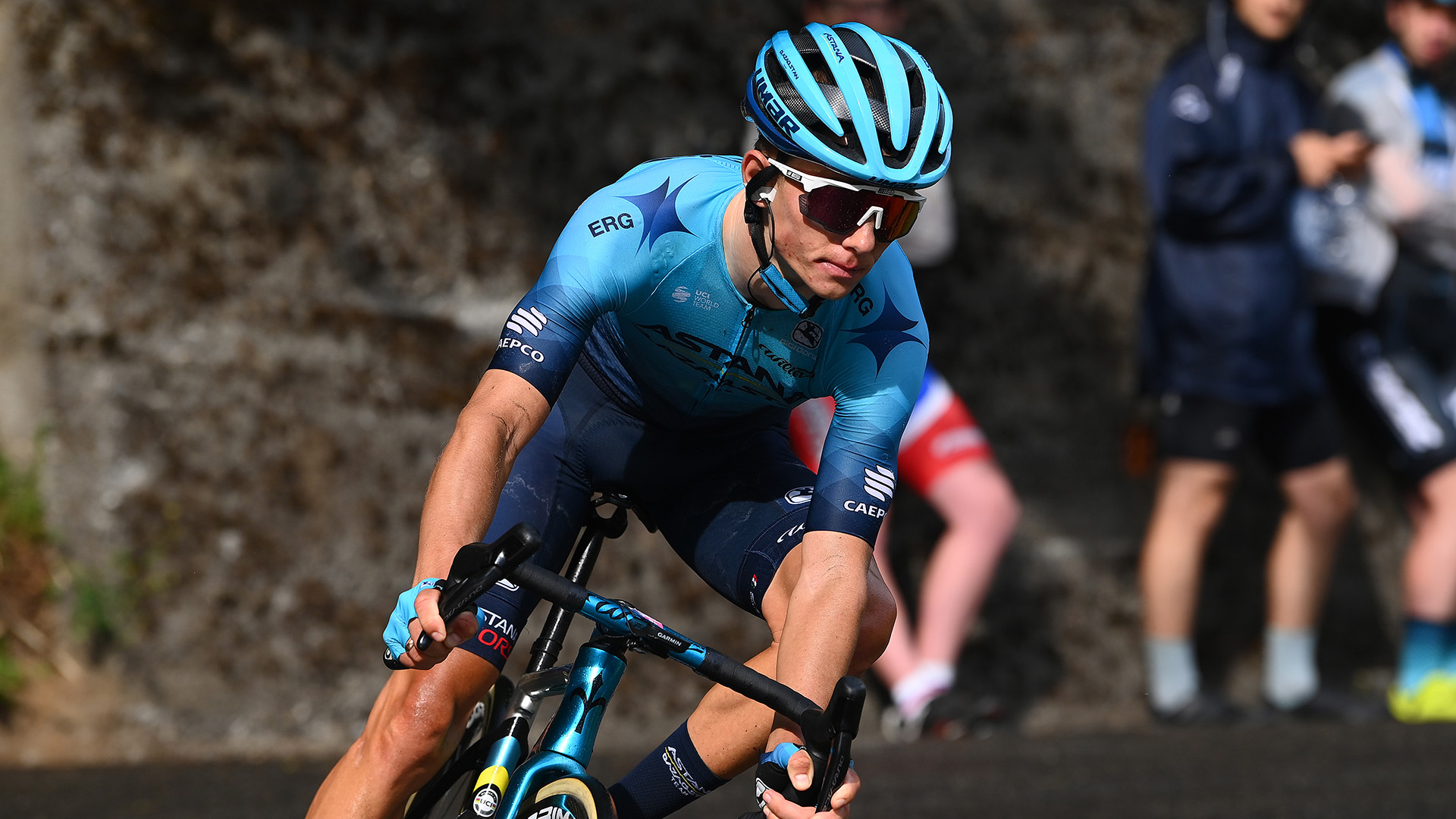 For the second time in a row Vadim Pronskiy finishes on the podium in the final General Classification of the Italian Adriatica Ionica Race.

The Kazakh rider took a solid third place in the queen Stage 2 with the summit finish atop Monte Grappa, which, finally, brought him the podium in the overall standings.

During the last three stages Pronskiy, supported by Astana Qazaqstan Team, was keeping on attacking, trying to change situation in the General Classification. But, at the end of the day, no one of the contenders could get any advantage and, thus, the overall standings remained unchanged: the Italian rider Filippo Zana became the final winner, Natnael Tesfatsion took second and Vadim Pronskiy third.

“Well, in general I am quite happy with my performance during this week at Adriatica Ionica Race. While I came here a bit tired after the Giro, day by day I was feeling better and better, so I could finish third in the queen stage and later I was able to keep on fighting in every single stage, looking for any possibility to attack. The third stage was a tough one and with many short but steep climbs I launched several attacks, but with no success. Also, yesterday I found a good moment for an attack in a small climb, trying to increase the gap on a technical descent towards the finish line. Well, the rivals caught me back with just 100 meters to go. I did all I could but also the whole team did a great job for me, and I am really grateful to my teammates for this. Now, after two months and a half of hard working and racing, it is time for some rest. It was quite a tense but also beautiful part of the season,” – said Vadim Pronskiy.

Astana Qazaqstan Team was quite active in the final two stages of the race, looking for a chance to fight for a win in the breakaways. Thus, yesterday Antonio Nibali spent a good day in front, taking sixth place at the finish, while today it was Manuele Boaro, who was fighting for a victory, finally, finishing fourth.