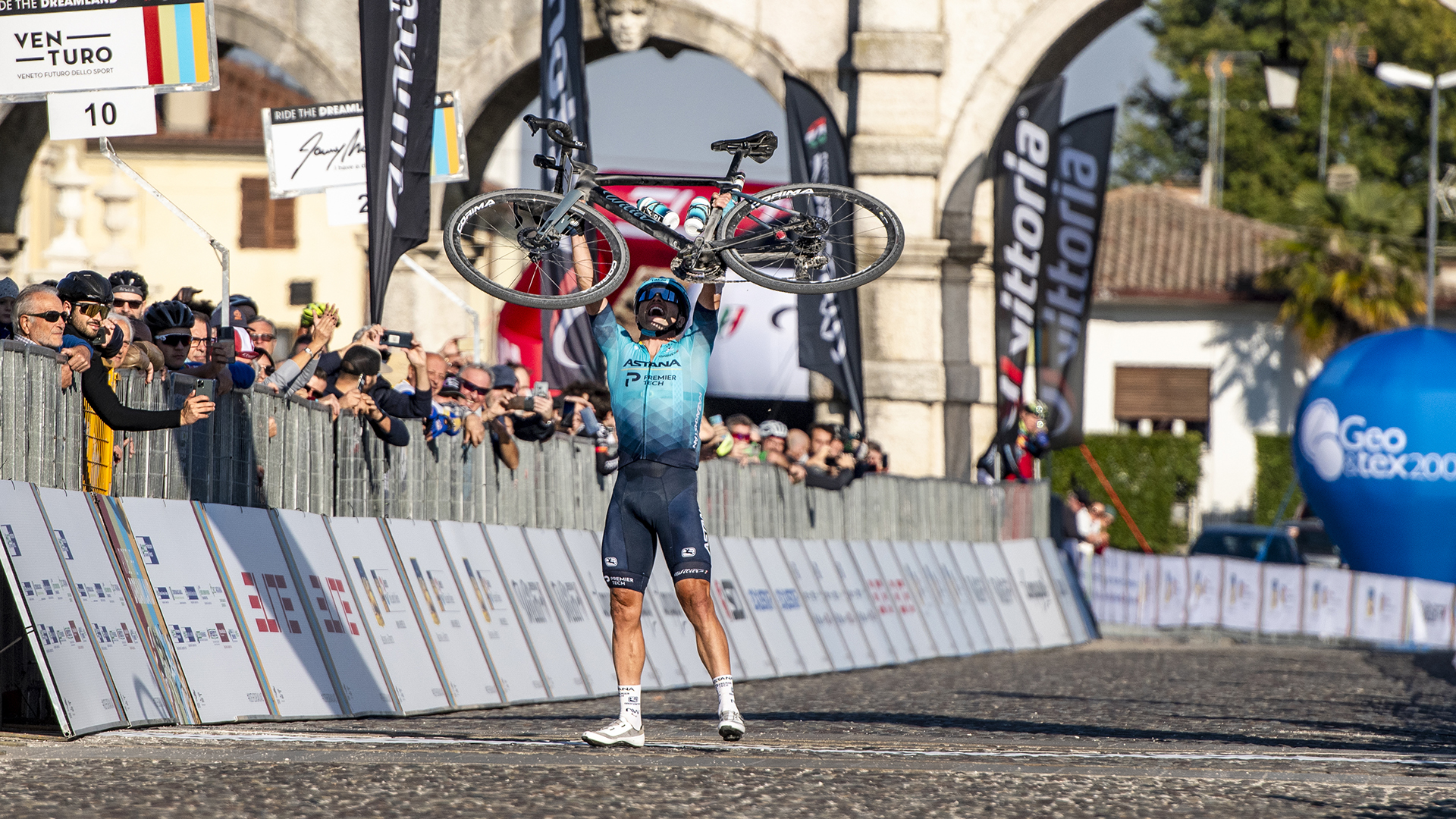 Lutsenko launched a strong attack with some 70 kilometres to go, shortly opening a gap to the group of chasers, which included teammates Davide Martinelli and Samuele Battistella. Entering the local laps, the Astana – Premier Tech rider increased his advantage to almost two minutes, enough to hold it to the end and to take a beautiful solo victory.

“I am so happy to win this race, because it was a tough challenge and unforgettable experience for me. To win this race is a solid result for me as a rider but also for our team and our sponsor Wilier Triestina. It was the first time I rode the new Rave SLR and this bike immediately brought me a beautiful victory. It was a difficult race with a technical parcours, very narrow roads and so many corners. We had a plan to attack closer to the finish, but in a moment after another corner I found myself in front with a small gap to the group, so I decided to keep on pushing knowing that I had my teammates behind me in the peloton. Well, I think it was one of the toughest races in my life – 3.5 hours of 100% full gas, but I am really happy I finished it with a victory!”, – said Alexey Lutsenko.

Behind him there was a sprint from the chasing group with Riccardo Minali taking second place and Nathan Haas completing the podium with third position. Davide Martinelli finished fourth, while Samuele Batttistella crossed the line in ninth place.

“It was the first experience of this kind of races for everyone, but we came out to the start really motivated to try and to do it in the best possible way. Already in the bus I saw Alexey Lutsenko motivated but also Davide Martinelli was ready to fight in this race as well as Samuele Battistella. We had a bit of bad luck in the beginning of the race with a crash with Fabio Felline involved, but I am sure without this crash Fabio would also stay up there in front in the main group until the finish. It was such a beautiful race, a bit technical and difficult, especially from the start, but still nice and spectacular. Indeed, it was a serious challenge for all the riders and the race was 100% from the start and until the finish line. We can be happy and proud with the performance of Alexey Lutsenko, he did a race of a champion. His powerful solo attack with 70 kilometres to go was so impressive! There were a few strong teams who were pulling hard behind trying to bring him back, but Lutsenko was on fire today, showing his character and power. I am sure it is a new but so nice race which must go on in the next years. It was a pleasure to ride Serenissima Gravel today and I hope this race will get a big future”, – said Giuseppe Martinelli, Sports Director of Astana – Premier Tech.