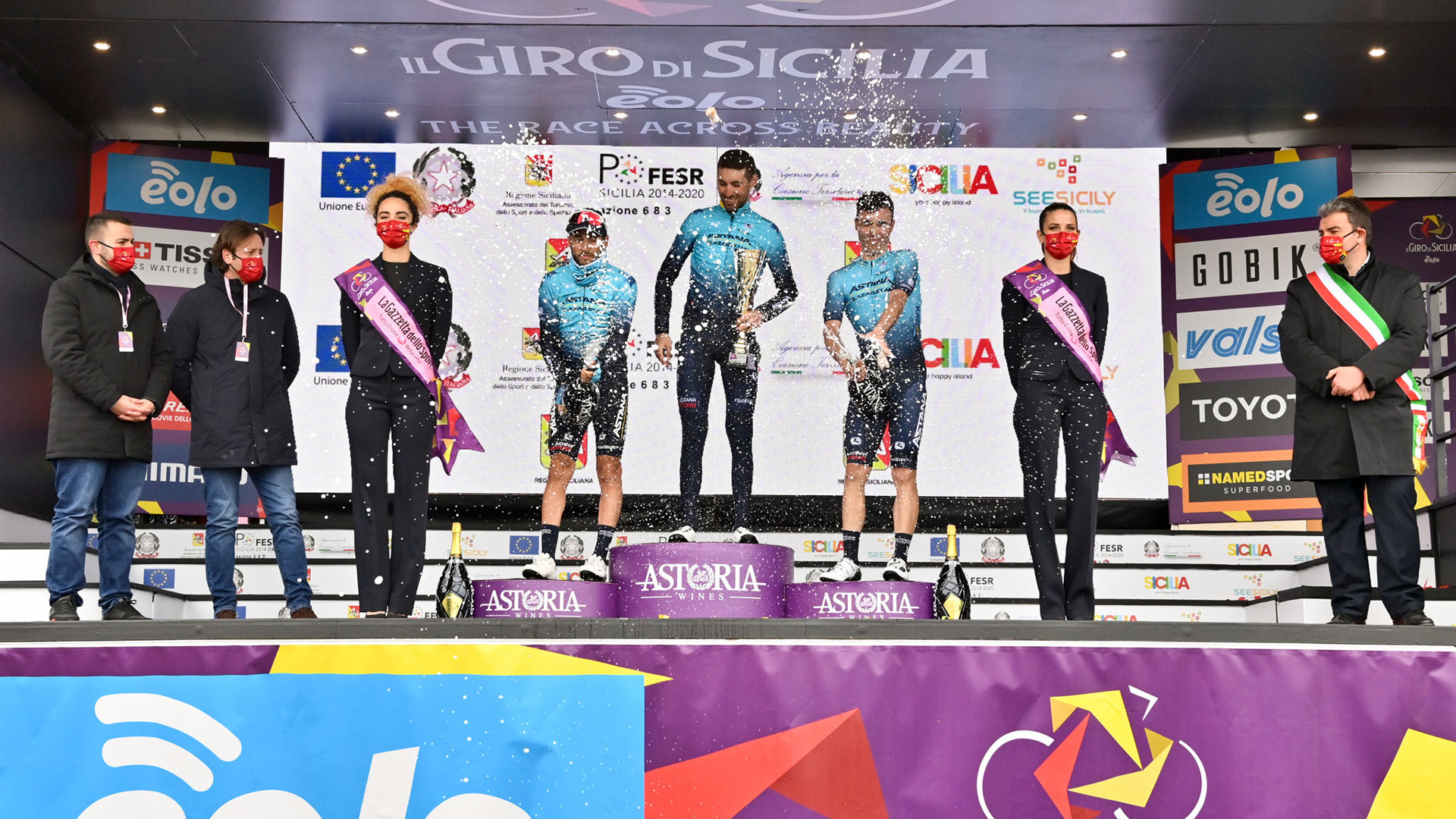 There was a big fight among the race contenders on the slopes of Etna, Vincenzo Nibali was always in front, attacking and counterattacking in the leading group. The Astana Qazaqstan Team leader was very close to a podium, but finished fourth both, at the stage and in the overall standings.

“I think that for me it was a very good test after the altitude training camp and ahead of the Giro d’Italia. It was a nice race, and I am feeling like I am on the right way. Well, I did maximum I could today and, in general, during these four days, I couldn’t do more. So, I am quite satisfied with my actual form and my result. I congratulate Damiano Caruso on this nice victory, I am happy that another Sicilian rider wins the second edition of this race in a row”, – said Vincenzo Nibali.

“We were close to the race podium and it’s a pity we missed just two seconds to reach it. However, we can be happy with the way our team raced today and in these four days, the guys did an amazing job and Vincenzo is improving day by day, coming back to the races after a training camp. Well, three places in the Top-10 and team classification victory are our results at the Giro di Sicilia and we are going to keep on moving ahead”, – added Giuseppe Martinelli, Sports Director of Astana Qazaqstan Team.