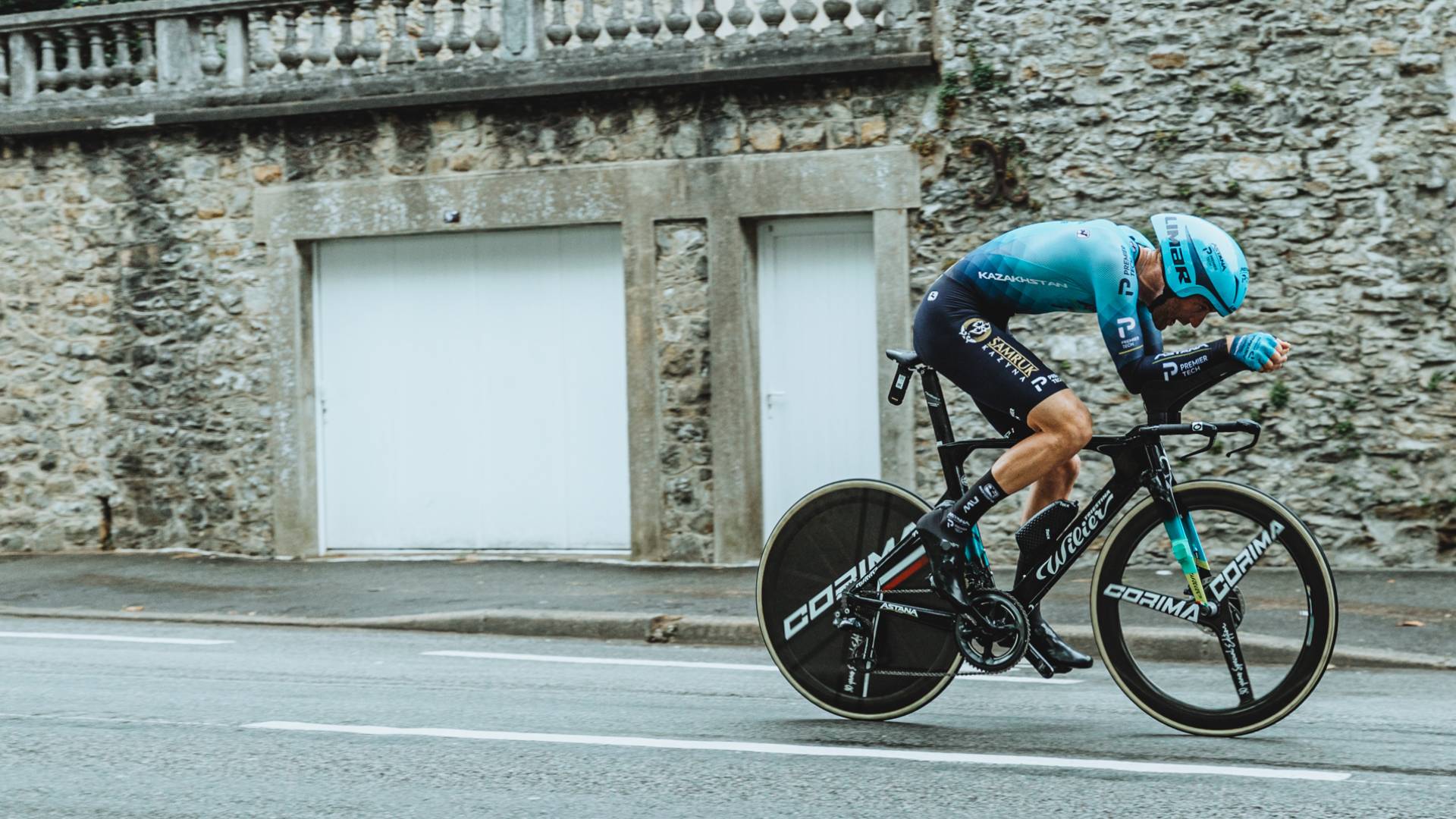 Hugo Houle claimed the second Canadian individual time trial championship of his career today with an impressive race against the clock in Beauce, Quebec.

30-year-old Houle, who previously won the national title in 2015, completed the 34-kilometre course in 41:18 to set the fastest time by 1:39 over Alexander Cowan (LE9ion of Los Angeles).

“I’m really happy to win the Canadian time trial championships again and have the chance to wear the jersey. A lot of people expected me to win the race so it put quite a bit of pressure on me to deliver. You never know what kind of legs you will have on the day but after I started the effort, around five to six minutes in, I could feel my legs were good and I was on a good day. The first part of the course was a bit up hill, a lot of up and down, so I knew I had to go really strong on the way out. At the halfway point after 17 kilometres, I caught the rider in front and I could see the other riders were quite close. So, on the way back, I gave everything. Because you don’t have much information in the race and you never know if someone will have a good second half, you have to go all in,” said Houle.

“I came here with the idea of winning and I’m really proud to win today, especially as it’s important for Premier Tech and they have supported me for so long. I haven’t been able to race the Championships for a few years because I have always been preparing for the Tour de France when they are normally held in June so this year, with the race postponed to September, it worked out perfectly. Tomorrow, I have the road race and I will try my best to win. Of course, it is much harder to control the race when you are only one rider but I will do my best.”

Houle will line up for the road race on Saturday, looking to bring both Canadian national championship jerseys to the WorldTour.