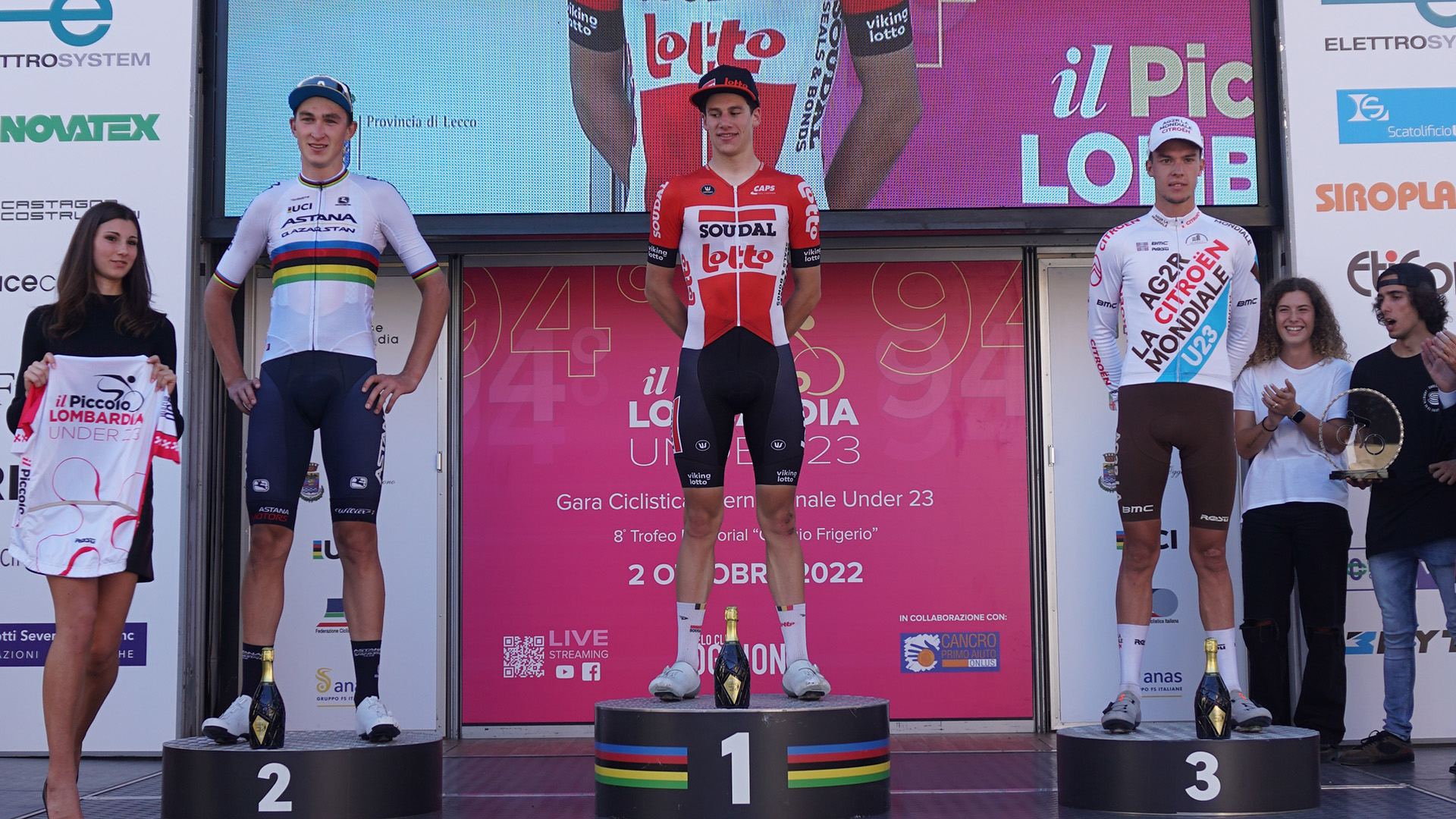 The Under 23 World Champion Yevgeniy Fedorov got a chance to wear his rainbow jersey for the first time after his stunning victory in Wollongong a week ago, taking part in Il Piccolo Lombardia with Astana Qazaqstan Development Team, the continental team of Astana Qazaqstan Team.

The 22-year-old Kazakh rider spent an impressive day on the road, being the most aggressive rider of 94th edition of the race and taking a solid second podium place.

“I did my best in the sprint, but maybe I had to start a bit earlier. However, I gave all I had in the legs and finished second. I think I spent a nice day here at Il Piccolo Lombardia and I am happy that I got a chance to wear this rainbow jersey, it was a big pleasure and honor for me. I want to thank my teammates, all Astana Qazaqstan Development Team for a great support during the day. This support provided me a chance to reach the podium. I was motivated to get a good result today and to show the rainbow jersey in the best possible way. I was fighting until the very last meter but in sprint you never know… Well, in the final I tried to attack for a few times to go solo, but it did not work. However, I am on the podium, and I am pretty happy today”, – said Yevgeniy Fedorov.

After many attacks in the second half of the race Yevgeniy Fedorov and Harold Martin Lopez found themselves in a good leading group of five riders, who opened around 50-second gap to the following group of chasers.

Lopez did a great job for Fedorov, working hard and controlling the attacks of the rivals. Later, on the last two climbs of the day, Ravellino and Marconaga di Ello there were many attempts to break away from the leading group and Yevgeniy Fedorov was the most active there, attacking and counterattacking. But at the end of the day everything ended with a sprint among four riders, won by the U23 ITT vice-World Champion and U23 ITT European Champion Alec Segaert, followed by Yevgeniy Fedorov and Jordan Labrosse.