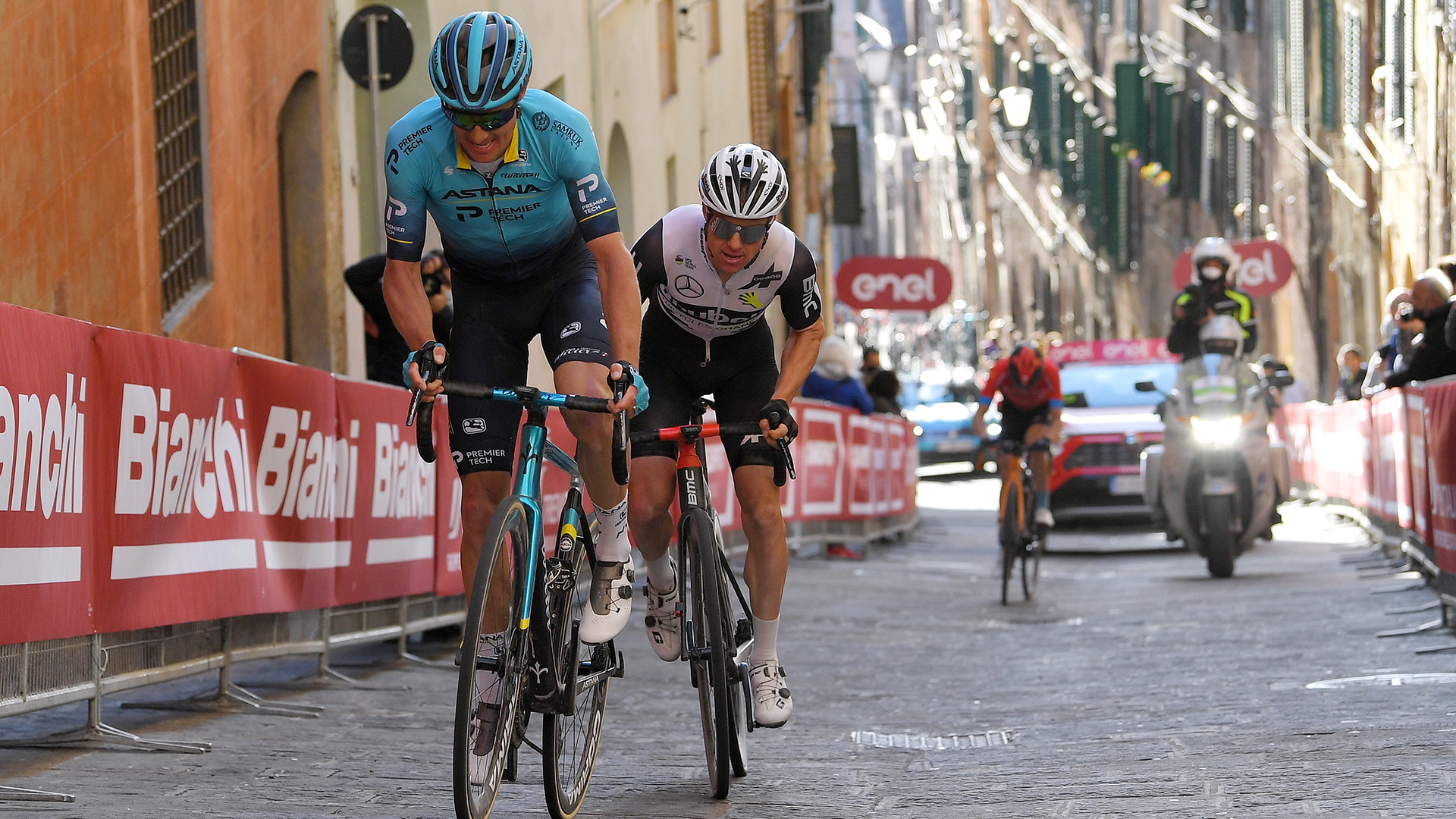 The finale of the iconic one-day race ended with Jakob Fuglsang fighting hard to bridge to the leading group but with no cooperation in the chase, the Dane crossed the line in ninth place, one minute down on winner Mathieu van der Poel.

Astana – Premier Tech lined up in Italy with an experienced and ambitious team, working hard to support team leader Fuglsang. Right after the start, five riders formed the day’s breakaway but the peloton paid attention and gave them only a few minutes’ advantage, holding the group on a short leash.

The race fell apart on the eighth gravel section and with 40 kilometres to go, a group of favourites made a decisive move that would prove to go all the way to the finish. After some bad luck on the gravel roads, Fuglsang found himself in the first chasing group, only a handful of seconds behind the race lead, trying to bridge across. Although the gap came down to just ten seconds, the leading group was able to hold Fuglsang’s group off on the final gravel sectors and from there, the gap between the two groups grew approaching Siena.

The Danish rider gave his all in the finale to cross the line in ninth place, his fourth top ten finish at the race, while debutant Alex Aranburu, Gorka Izagirre and Hugo Houle crossed the line in the reduced bunch.

“As always, Strade Bianche was a tough race and it came down to the final part of the race. As we headed into the last gravel sections, I was in the chasing group and tried to bridge across but the group didn’t work well together and it was hard to make the catch, even though we came really close. I finished inside the top ten but of course a result around top five would have been nicer but it is how it is and now it is time to turn the attention to my next race, Tirreno -Adriatico. There I am trying to go for at least one stage win,” – said Jakob Fuglsang

“Of course, finishing inside the top five would have been nice, but nevertheless we can be satisfied with today´s result. Jakob´s season goals are still ahead and his form is still improving as it was his third race today. As the attack was launched, he was distanced from the leading group, but worked hard in the chasing group. He finished inside the top ten, which is a solid result. Also, our young riders like Alex and Jonas rode a good race, they gained some experience and helped Jakob at the start of the race, so did Gorka, Fabio, and Manuele. The next race for us will be Tirreno – Adriatico and I think we have some good opportunities there,” – said Bruno Cenghialta, Sports Director.