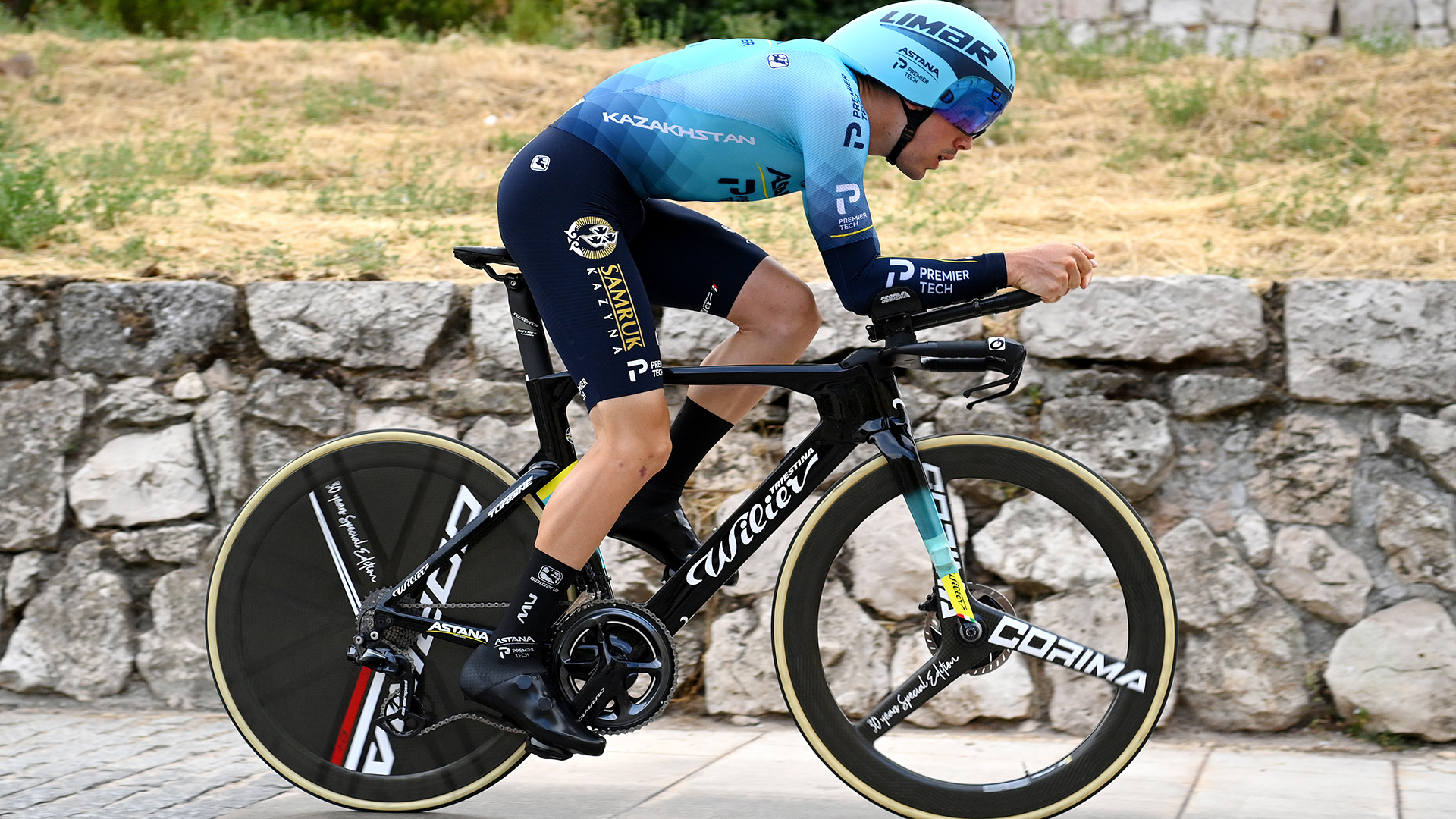 Alex Aranburu took a solid second podium place in today’s opening individual time trial around the Cathedral of Burgos. The Astana – Premier Tech rider finished with the best provisional time halfway through the race, stopping the clock at 8 minutes and 38 seconds. Aranburu had to wait for some two hours in the hot seat until defending La Vuelta winner Primoz Roglic beat his time with just six seconds, taking the stage win and the first red jersey.

“Well, of course I feel a bit of disappointment after I was so close to a stage win, but honestly, it was expected that Primoz Roglic would be the biggest favourite today. I did a good time trial, and I can say I liked it very much. I love these kind of short and explosive races and I was motivated to do a good race today. I tried to do my best on the climb, but also in the final part, which I think was crucial for the stage result. It was not easy to keep a high pace in the last few kilometres, but I succeeded, and I finished with the best provisional time. Well, I had to wait quite long on the hot seat and at the end of the day I just missed the win. However, I can be proud of my performance today and I think this is a good start to the race for me”, – said Alex Aranburu.

In general, Astana – Premier Tech team performed well in today’s first stage. Firstly, it was Omar Fraile, who finished with the best provisional time and later Luis Leon Sanchez and Oscar Rodriguez both crossed the line with the third best time. Next it was Alex Aranburu, who smashed it with the new time, enough to get the team’s first podium place at this La Vuelta. Later, we saw good performances from the Spanish Time Trial Champion Ion Izagirre and his brother Gorka Izagirre before the team’s leader Aleksandr Vlasov showed good legs with a place in the top 10 of the stage.

Young Kazakh rider Yuriy Natarov was motivated to try to fight for the first mountain points at the Vuelta a España, but could not get the points on the top of the climb. However, it was his first attempt to get a result at his first ever Grand Tour stage.

“I think that the team had a really solid start today and all the riders showed themselves in the best way. Indeed, we were so close to a victory but instead we took another second place. However we knew that Roglic was the main favourite in this short time trial, so we can be really happy with the performance of Alex Aranburu, but also with the stage of our leader Aleksandr Vlasov, who did a very strong time trial and finished inside the top 10 ahead of many other GC contenders. Well, it was a good start for us and now we are looking forward to the next stages”,– added Dmitriy Fofonov, Team Performance Manager.