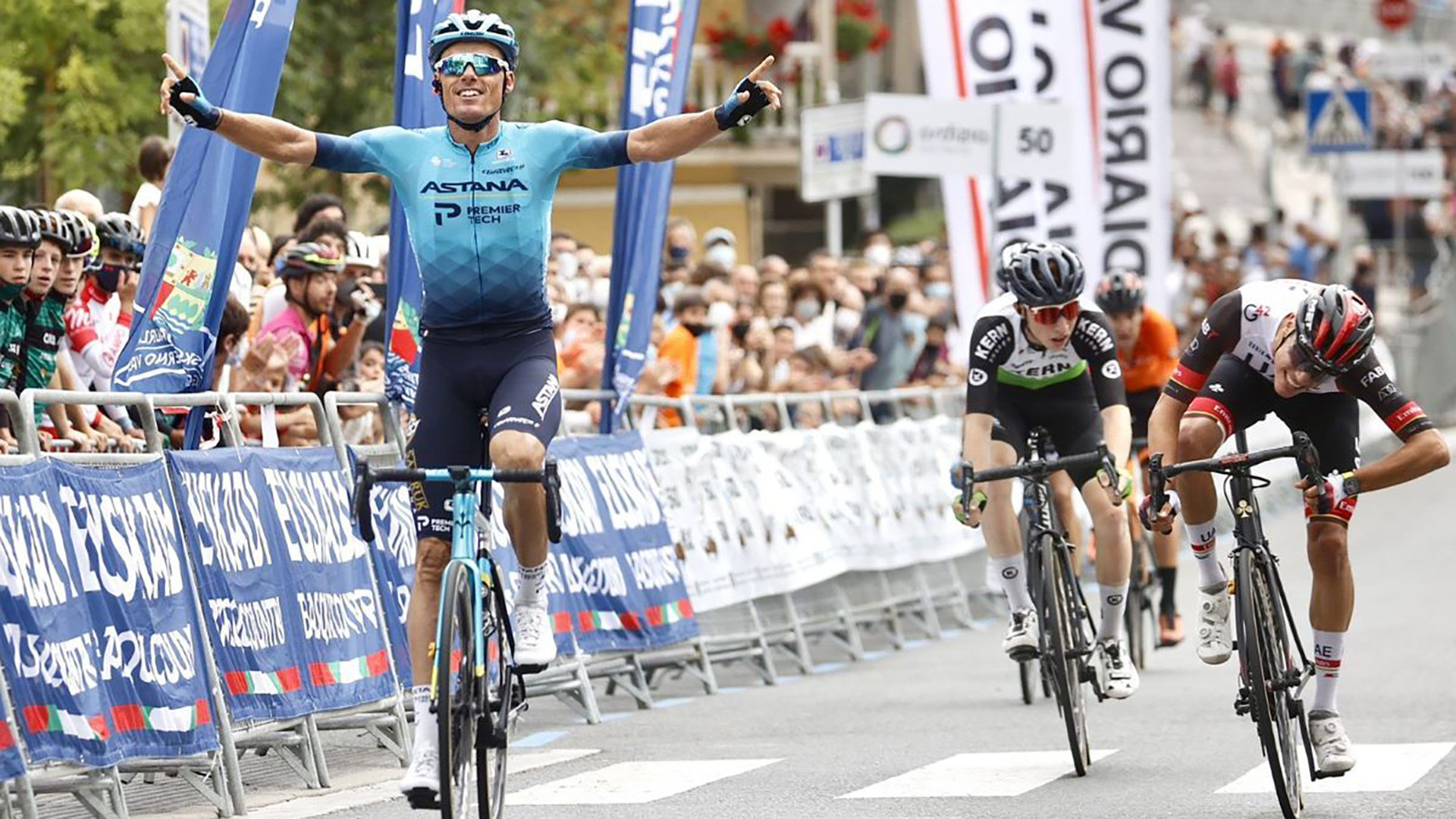 Luis Leon Sanchez won the 98th edition of the one-day race Prueba Villafranca – Ordiziako Klasika, taking it in a sprint from a small leading group ahead of Juan Ayuso and Roger Adria, while Oscar Rodriguez finished 6th in the same group.

“Well, I came here after a good break and I used it quite well to take a good rest both physically and mentally, spending some precious time with my family. Coming to the first race after a break is always a bit strange because you never know where you are compared to your rivals, even if you know that you worked hard at home. Anyway, I was motivated to fight for a win here and at the end of the day everything worked out pretty well. My teammates did an excellent job for me and in the final I was able to follow Oscar Rodriguez in a leading group. We worked well there, and this attack turned out with a nice victory for me. I am really happy with this success, and it really motivates me for the second half of the season”, – said Luis Leon Sanchez.

Oscar Rodriguez made a powerful attack on the final climb of the day Alto de Abaltzisketa in Larraitz (3.1 km, 7.3%), setting the new record of 6’00” on the climb. The attack of Rodriguez split the peloton in parts, while just five riders were able to follow him at the top of the climb and later on the descent to the finish line with Luis Leon Sanchez among them.

Despite the peloton always staying close, trying to catch the leaders back, the group of Sanchez and Rodriguez was able to hold the gap all the way to the finish in Ordizia. Oscar Rodriguez made a strong lead-out for Luis Leon Sanchez, moving him in a good position for the final sprint and Sanchez smashed it, taking his maiden victory of the 2021 season.

“We started this race with a clear leader Luis Leon Sanchez because we knew he was in very good form at the start of the second half of the season and he was really motivated to try to win this race. Seven years ago he was second in this race and we knew he wanted to win here one day. Before the start, Luis Leon said he was ready to try something today, so we decided to do this race for him All the team did a great job today already from the start, trying to keep it under control. At the end of the day, we saw a good opportunity on the last climb with Luis Leon Sanchez and Oscar Rodriguez both making a nice move into the lead. Well, it is a nice start of the second half of the season for us. We have missed some good opportunities in the first half so I hope we can get something good in the next weeks and months”, – said Giuseppe Martinelli, Sports Director of Astana – Premier Tech.