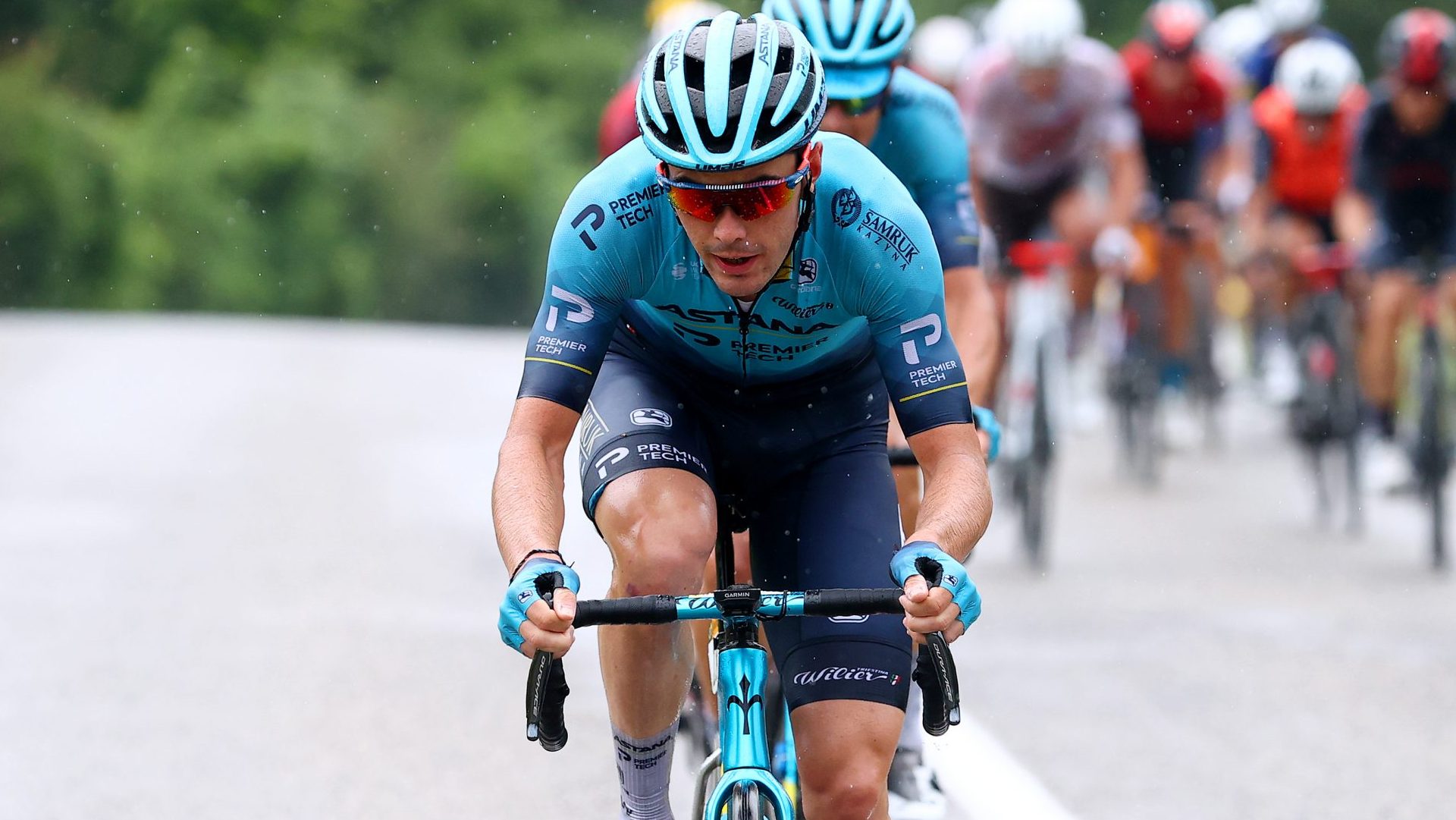 After 220 kilometres in the saddle, the race headed towards the finish line in Carcassonne with Alex Aranburu sprinting to a strong sixth place.

The 13th stage of the Tour de France was another long and demanding stage, with almost 220 kilometres on an undulating terrain awaiting the riders. The second part of the stage was marked by cross and tailwinds on narrow roads, which made today’s stage quite nervous.

After a long battle for the daily breakaway, three riders managed to distance themselves but the peloton kept the escapees on a short leash. Astana – Premier Tech was tucked in the bunch, protecting Alex Aranburu to bring him into position for the finale.

As the peloton caught the breakaway, several crashes caused again with favorites leaving the race. Unfortunately, Dmitriy Gruzdev was involved in one of the crashes. Fortunately he was able to finish the stage but suffered some road rash and abrasions.

He will be assessed by our medical team overnight and the decision if he can continue the race will be taken tomorrow.

Meanwhile the sprint teams started to form their lead out with Omar Fraile and Alexey Lutsenko also lining things out for Alex Aranburu. The team delivered the young Basque rider into a good position rolling towards the tricky final part of today’s stage. In a thrilling finale, Aranburu sprinted to a strong sixth place, while Mark Cavendish made history claiming his 34th stage win.

“It was a hard race. We had 220 km and there was a lot of wind and a lot of tension. In the end, because there were echelons, there were attacks. We had to be a bit attentive there. Well, in the end, nothing really happened but we were up there. I had Lutsenko and Omar helping me in the sprint but I lost the wheel and then I tried and came back. But, well, sixth is not bad”, says Alex Aranburu.