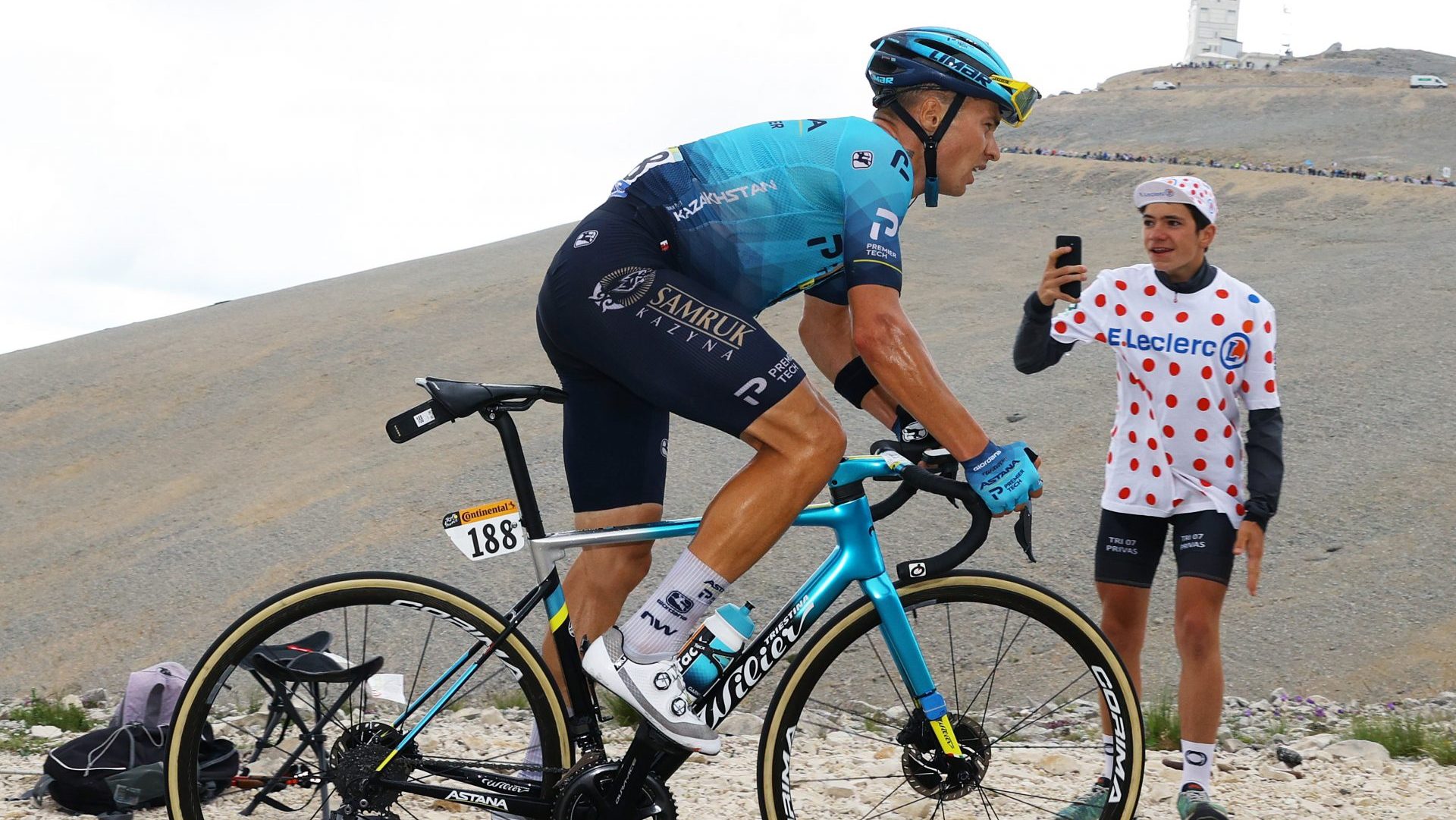 With just six stages remaining at the Tour de France, Astana – Premier Tech’s riders are eyeing the upcoming Pyrenean mountain stages as the last opportunity for a stage win at the Grand Boucle.

The Kazakh – Canadian team has been present multiple times in several breakaways, with Hugo Houle winning the combative prize on stage ten and Ion Izagirre narrowly missing the stage win on stage eight. The hunt for a stage win continues after the second rest day while the team also looks to support Alexey Lutsenko in the General Classification.

Lutsenko is satisfied with his race so far and is hoping to remain in the General Classification battle in the final week of the race.

“I am sitting currently in seventh place on the overall ranking, which makes me really happy. I came here to get in top shape before the Olympics and wanted to try to repeat a stage win, which I still want to, but I also kept an eye on the overall ranking. To finish the biggest and most known cycling race in the top ten overall would be amazing. So, I will try in the upcoming days to again be in the mix with the other GC contenders for the final mountain stages and then of course, the stage 20 time trial.” – Alexey Lutsenko

Jakob Fuglsang is looking to use the final week to fine tune his shape ahead of Tokyo.

“It has been two tough weeks of racing so far. As mentioned in the previous days, I had my second covid vaccine ahead of the Tour de France, which I was really happy to do. But I think I reacted to the second one to an extent, especially going straight to a Grand Tour where you push your body every single day to the limit. It is not that I feel unwell but of course doing professional sport, especially a sport as demanding as the Tour de France, means you can react differently. I hope to reach my top form in the upcoming days and keep pushing myself to the limit and to finish this year’s Tour de France with a good result. We have some good opportunities in the next days in the Pyrenées so we will look to race as aggressively as possible. I then head to Tokyo on Monday for the Olympics, where I still have the goal of turning Rio’s silver into Tokyo’s gold.” – Jakob Fuglsang