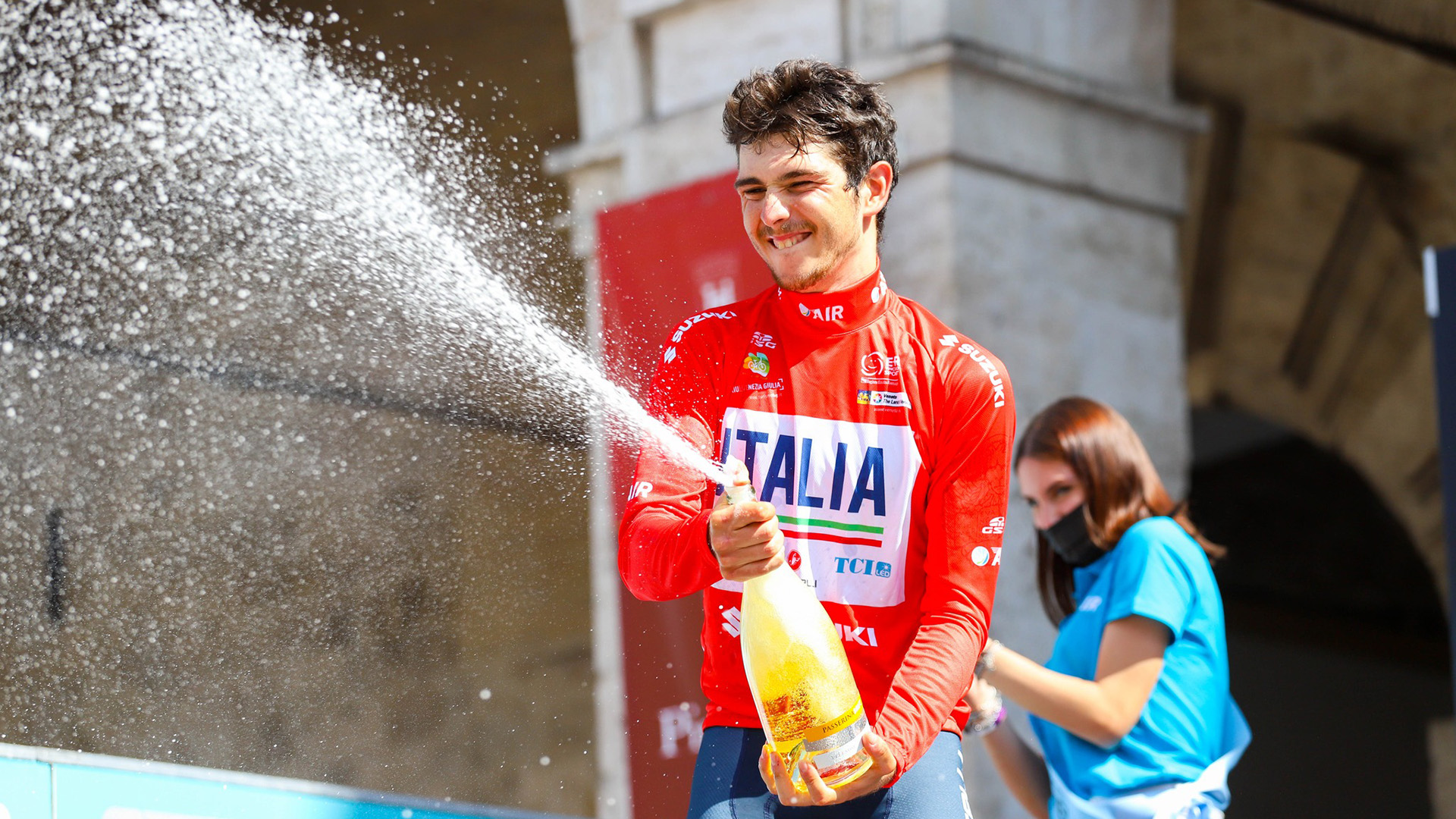 The Italian rider Christian Scaroni signed a short-term contract with Astana Qazaqstan Team to the end of the current season of 2022. The 24-year-old rider from Brescia is going to join the team already this week to take part in the UCI WorldTour stage race Tour de Pologne (30/7 – 05/08).

“After a tough period in my career I finally got a chance to come back and to sign a contract with a big team. No one of us could imagine finding ourselves in a position without a contract and a team in the full season and, of course, it impacted heavily. But, at the same time me and my teammates we tried to do our best to show our professionalism and to keep on training day by day. Thanks to the Italian National Federation we got a chance to race as National Team still showing ourselves and getting good results. And now, I am super happy I got a chance to sign this contract with Astana Qazaqstan Team, it is an emotional and important moment for me. Surely, I will try to pay off the trust which the team provided to me. I am ready to give my best to help the team to reach its goals in any race I will have a chance to ride”, – said Christian Scaroni.

Christian Scaroni is an all-rounder, who can be competitive both in flat stages and in the mountains. This season he won two stages at Adriatica Ionica Race back in June, also helping his teammates to win the Tour of Sicily earlier in April.

“Christian is a young talented rider, and I am happy that we found a possibility to provide him a chance already now, in the middle of the current season. There are still many races during the next three months, so it is a good opportunity for the rider to show himself but also for the team to understand if he suits us. I like the professionalism which Christian showed during this difficult period out of contract, still working hard both in the training and rare races with the national team, so I am looking forward to see him as the helper for Samuele Battistella in his first race with Astana Qazaqstan Team in Poland”, – said Alexandr Vinokurov, General Manager of Astana Qazaqstan Team.