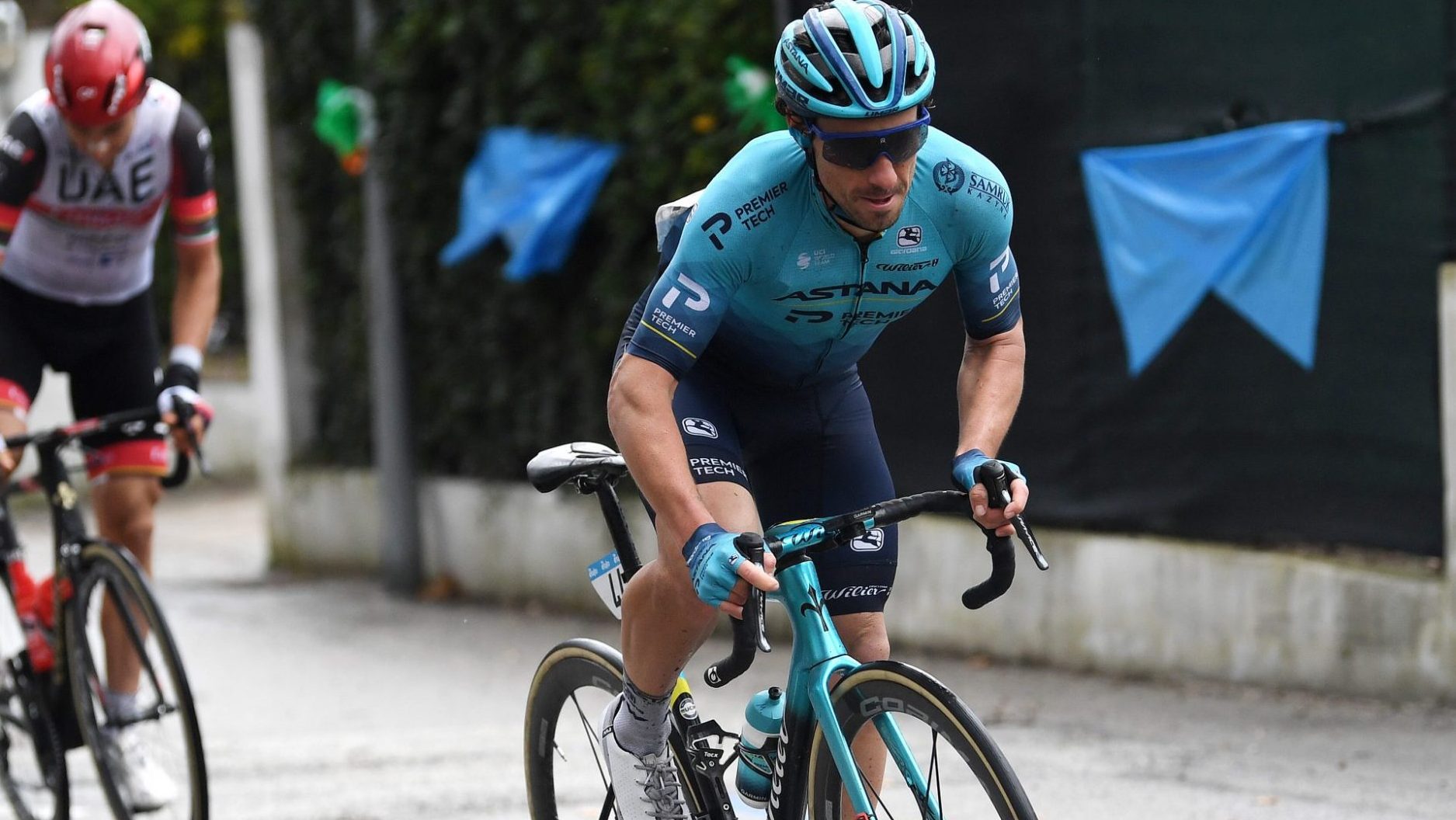 A brave Fabio Felline launched a late attack from the back and was rewarded with a strong fourth place on a rainy and hard stage at Tirreno – Adriatico. Teammates Hugo Houle and Alex Aranburu, both showed the same fighting spirit with several moves on today´s 205-kilometre course to round out a top 20 result for the Kazakh-Canadian team.

Stage 5 was anything but easy, with 205km split into two parts on the cards. The first 100 kilometres were flat, while the second part of the stage offered four laps with lumpy terrain.

The first hour of racing produced an average of 50km/h as a breakaway of four riders went up the road. Their advantage increased to four minutes, while Astana ­– Premier Tech stayed at the front of the peloton with Aranburu, Felline and Houle well positioned.

Entering the final circuit in Castelfidardo marked the end of the breakaway as the group of favourites, with Aranburu, made a move and was able to bridge across. Aranburu showed yet another strong performance racing at the front of the race for many kilometres.

With three laps to go, would-be stage winner, Mathieu van der Poel launched an attack out of the Aranburu group and was able to hold his gap until the line, celebrating his second stage win at Tirreno – Adriatico.
Meanwhile, Houle and Felline were able to close the gap to the Aranburu group and with 25 kilometres remaining under pouring rain, Felline attacked and tried to bridge across to van der Poel.

At the end of the brutal and wet stage, the brave effort from the Italian rider paid off as he crossed the line in a strong fourth place.
Teammates Houle and Aranburu came home a few minutes later in 16th and 19th place respectively, while Jakob Fuglsang finished the stage in the reduced bunch.

“I am more than happy with my result today. As Jakob gave us the nod to for it, Hugo and I just pulled and were able to bridge across to Alex. As we arrived there, I was hungry for more and knowing that the pure climbers would of course be stronger on the final circuit, I decided being offensive was the best plan and gave it a go. It was super cold and wet so I just put the head down and went on full gas to stay at least a little bit warm. It was a hard day but to finish it off inside the top 5 behind names like the Tour de France winner makes me really happy. All the hard work over the last 100 kilometres paid off.” – said Fabio Felline

“First of all, congrats to Fabio for his strong fourth place after a spectacular ride from the behind. Also, Alex showed once again his strength under tough conditions, so did Hugo. All three finished inside the top twenty. It was anything but an easy stage and the weather took its toll. The rain made the final circuit and roads slippery, but luckily, we came away without any falls or crashes. Jakob had not his best day as the cold put him on the back foot. But all in all, the team rode a great race which has been rewarded with now leaing the team classification.” – said Sports Director Bruno Cenghialta