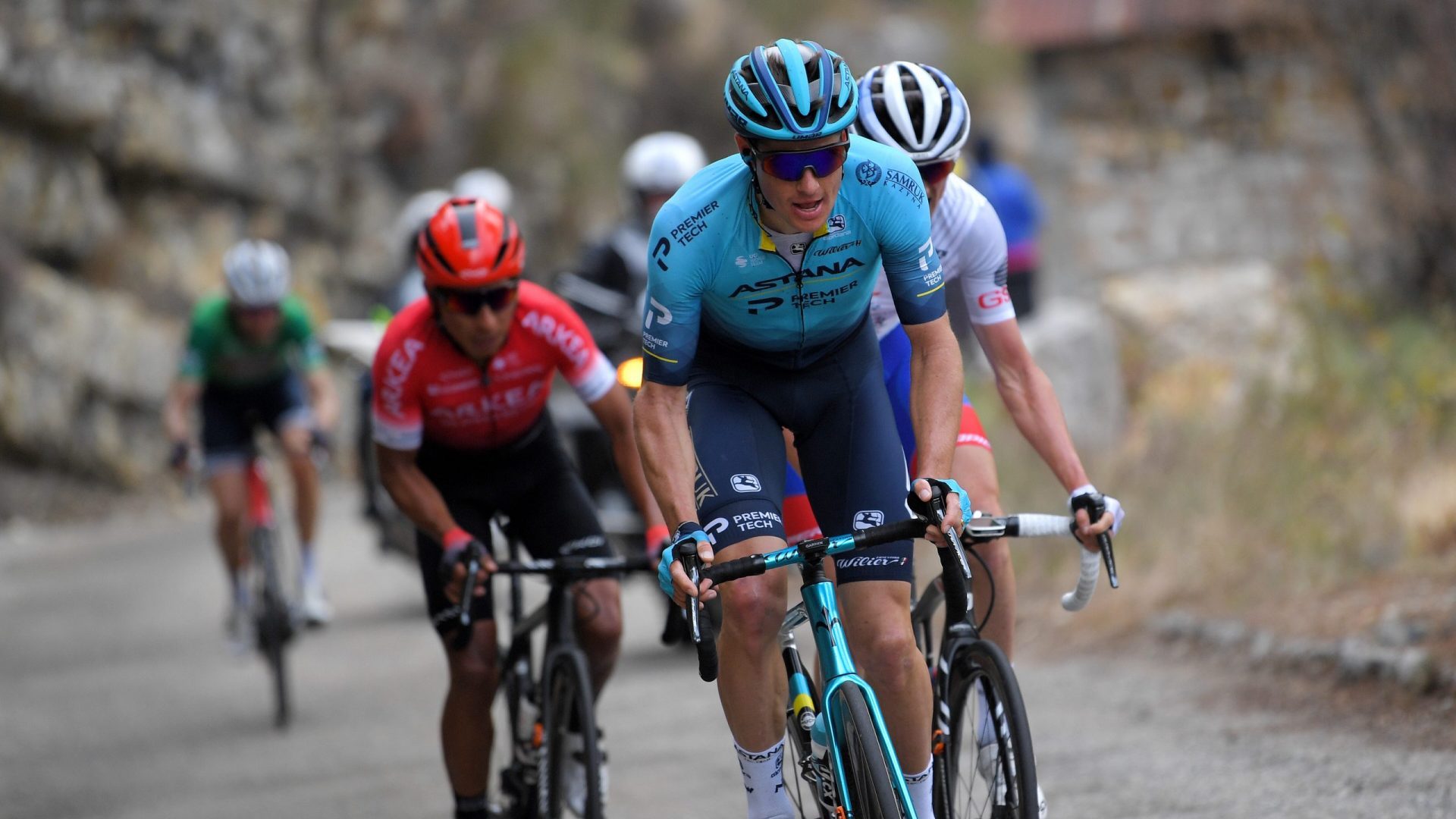 Tour des Alpes Maritimes et du Var came to a close with the queen stage starting and finishing in Blausasc which saw Jakob Fuglsang finish in sixth place to round out the three-day race with eighth on the General Classification.

Gorka Izagirre, Fabio Felline, and Hugo Houle put the hammer down riding in the day’s break with Izagirre staying away until the final ten kilometres before Fuglsang bridged across to take sixth place behind winner Gianluca Brambilla (Trek – Segafredo).

The 136-kilometre short but tough stage included three category one climbs before a downhill run into the finish line in Blausasc. Attacks were flying right from the start, with a 16-man breakaway pulling away early into the race with Izagirre, Felline and, like yesterday, Houle, making it into the leading group.

Felline and Houle worked hard for Izagirre, who held on until the final uncategorized climb of the day, while behind,  Fuglsang was able to bridge across on the descent.

The Danish rider set the pace in the chasing group, crossing the finish line in sixth place to move up to eighth place on the General Classification, while Izagirre and Tejada finished in 12th and 18th place respectively.

Today was the final stage and the team did a great job. We had three guys in the break and I was able to bridge across on the last climb before we faced the downhill towards the finish. I finished in sixth place and eighth on the overall, all in all I am satisfied with my form so far. My upcoming races will be Ardeche Classic and Drome Classic before heading to Italy for the Spring Classics so I hope to continue to build on my form. – said Jakob Fuglsang

I felt good today, we knew that it would be a tough stage and also a hard finale. Until the final climb of the day, we worked well together but approaching the finale, attacks were flying and before the top of the climb, I dropped a little. But I knew Jakob was behind and so I waited to support him. I finished outside the top ten, both on the overall ranking and stage, but I am satisfied with my performance and my form so far. – said Gorka Izagirre

Today was the final stage. We knew that the last climb would be the decisive moment and it would see a shake up on the General Classification. We wanted to be up there and went into the breakaway with Hugo, Fabio, and Gorka. All three did a stellar job and stayed at the front for many kilometres. Especially Gorka rode a great race staying up there until the final ten kilometres. On the last climb, Jakob tried to bridge across but the soloist at the front pulled away, however it was the first test and he finished inside the top ten. We are now looking forward to the Spring Classics. – said Giuseppe Martinelli, Sports Director