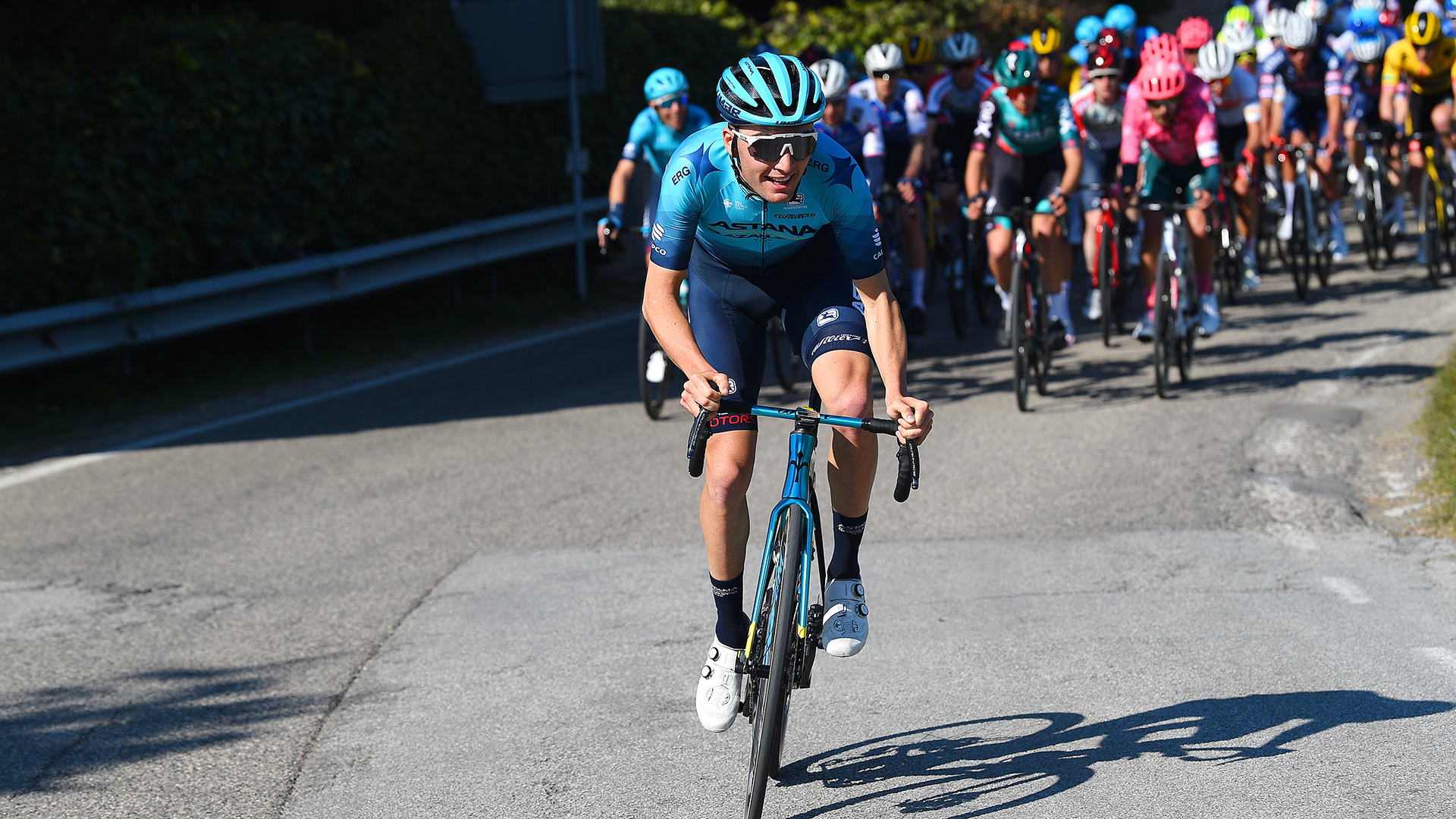 “Indeed, I am so happy to sign this contract because it is a dream which is coming true. 2022 season became a real challenge for me, and I am so grateful to the team who trusted in me and provided me a great chance to compete on the WorldTour level. I am super motivated to start the new season as good as possible to justify team’s faith”, – said Gianmarco Garofoli.

Gianmarco Garofoli is a young rider, who spent a very solid 2021 season, scoring a stage victory and taking a second place in the overall at Giro Ciclistico della Valle d’Aosta – Mont Blanc. His 2022 season as a rider of Astana Qazaqstan Development Team has been heavily affected by so-called “long-COVID”. However, in the end of the season Garofoli rode a few races with Astana Qazaqstan Team – Veneto Classic and Giro del Veneto, where he supported Miguel Angel Lopez, who finished fourth.

“It was a pretty tough season for Gianmarco Garofoli due to COVID and its consequences, so he could not show his potential, spending a huge part of the season for recovery. However, just several races with our development team and our WorldTour team convinced us to invite him in Astana Qazaqstan Team and to provide Gianmarco a chance as a young and promising rider who is ready to work hard to reach big goals”, – said Alexandr Vinokurov, General Manager of Astana Qazaqstan Team.