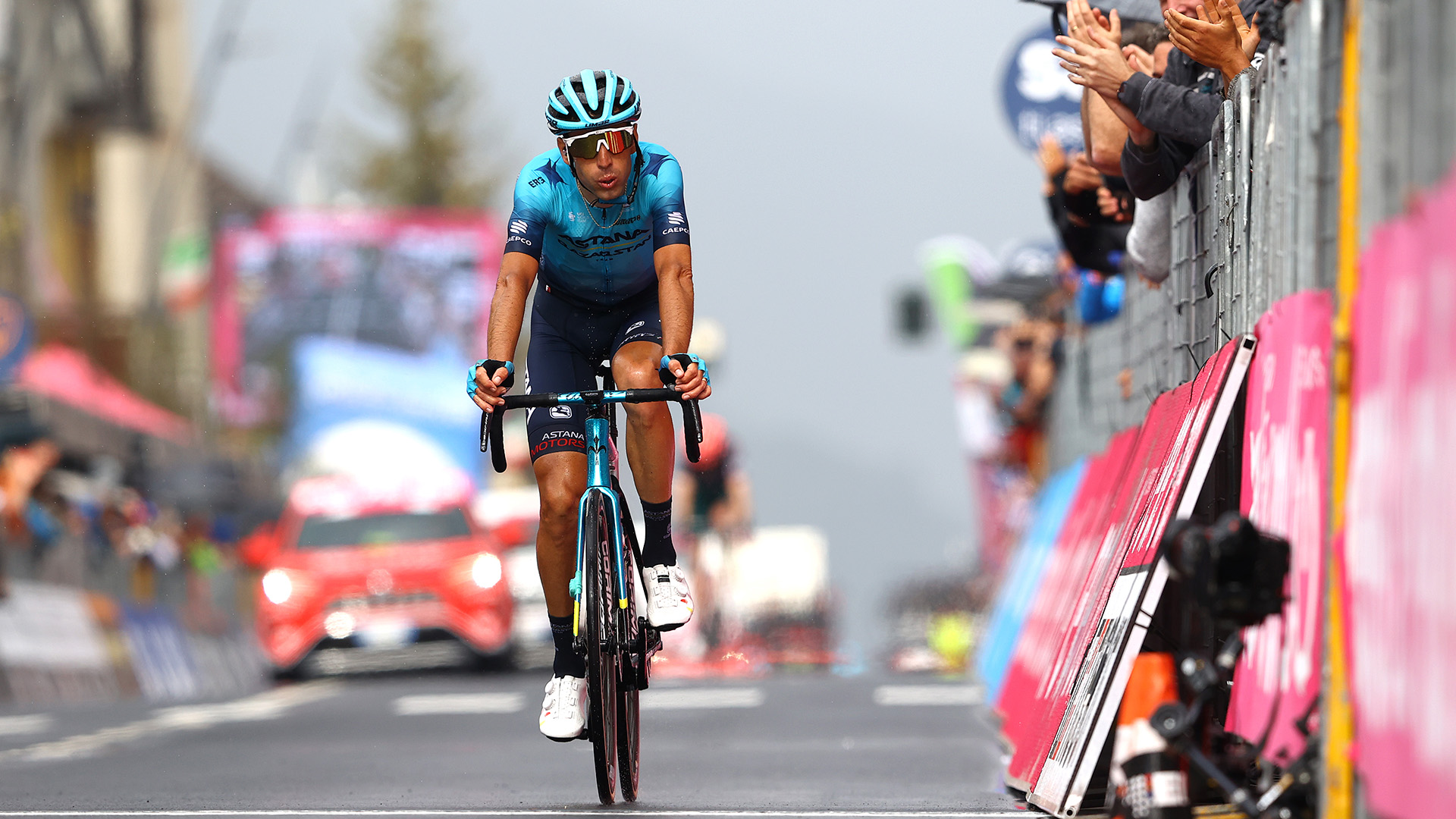 “Well, it was a tough challenge for everyone. We tried to do a strong and active race and the guys were working really well, so I want to thank my teammates for that. Then, it was Bahrain who went in front to set the pace and it was a fast one. The last climb… I did all I could, but in the final it was just too much for me, so I tried to continue on my own rhythm until the end. I think we did maximum today and let’s see how the next stages will turn out”, – said Vincenzo Nibali.

Stage 16 from Salo to Aprica with a total distance of 202 km brought the peloton back in high mountains after the third rest day: the peloton passed four categorized climbs with a total elevation gain over 5000 meters.

At the bottom of the famous climb Passo del Mortirolo Astana Qazaqstan Team took control over the pink jersey group, setting a high pace, chasing the break and making a huge selection in the peloton.

Later, on the steep slopes of the last climb of the day Valico di Santa Cristina there remained just a small group of GC contenders behind a few riders from the early break. Vincenzo Nibali pushed hard to stay with the other favorites but dropped out not far from the top of the climb, finishing 40 seconds behind the pink jersey group and taking 9th place. This result moved the Astana rider up to fifth place in the overall standings, 3 minutes 40 seconds behind the pink jersey Richard Carapaz.

The Czech rider Jan Hirt took a solo win after a late attack from the breakaway.