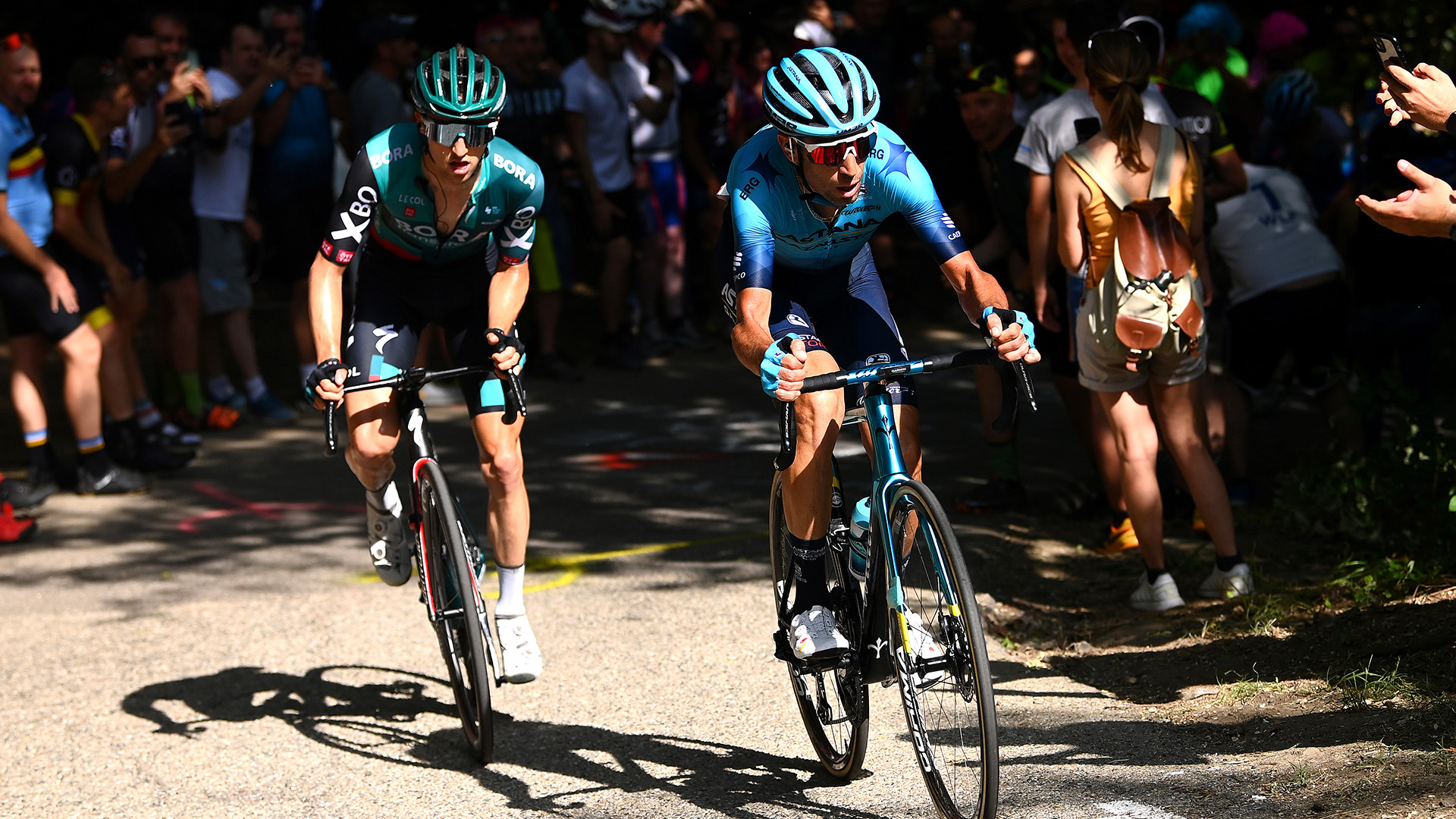 “The day has turned out to be a tough one, because the pace proposed by Bora was a very high one. Also, it was a very hot day, and it was quite challenging to eat and drink on a nervous and tricky circuit in Turin. The pace of the race was very high both on the climbs and on the descents, so it was really tough”, – said Vincenzo Nibali.

The day started with numerous attacks from the peloton with Harold Tejada, Joe Dombrowski, Fabio Felline and Vadim Pronskiy trying to break away. Finally, it was Dombrowski, who attacked solo on Il Pilonetto climb, later creating a group, who opened a three-minute gap to the peloton.

However, on the first climb Superga a reduced group of GC contenders, including Astana’s Vincenzo Nibali caught the break back.

Nibali was the rider, who launched an attack on the second climb Superga, creating a group of four leaders. Later, after several attacks these four riders broke away clear to get an advantage to the rivals and to play the stage: Simon Yates won it after an attack with a few kilometers to go, while Jai Hindley, Richard Carapaz and Vincenzo Nibali finished 15 seconds later.

“Yes, I am quite satisfied with the stage. I’d like to fight for a stage win, but I knew it would be difficult. I lost some time on Etna, but I was still there, and I knew, that the rivals consider me as a dangerous rider for the GC, while to win from a small group of favorites is always hard”, – added Vincenzo Nibali.

Carapaz moved into the race lead, taking the pink jersey, while Nibali became 8th in the General Classification, 2 minutes, 58 seconds behind Carapaz.