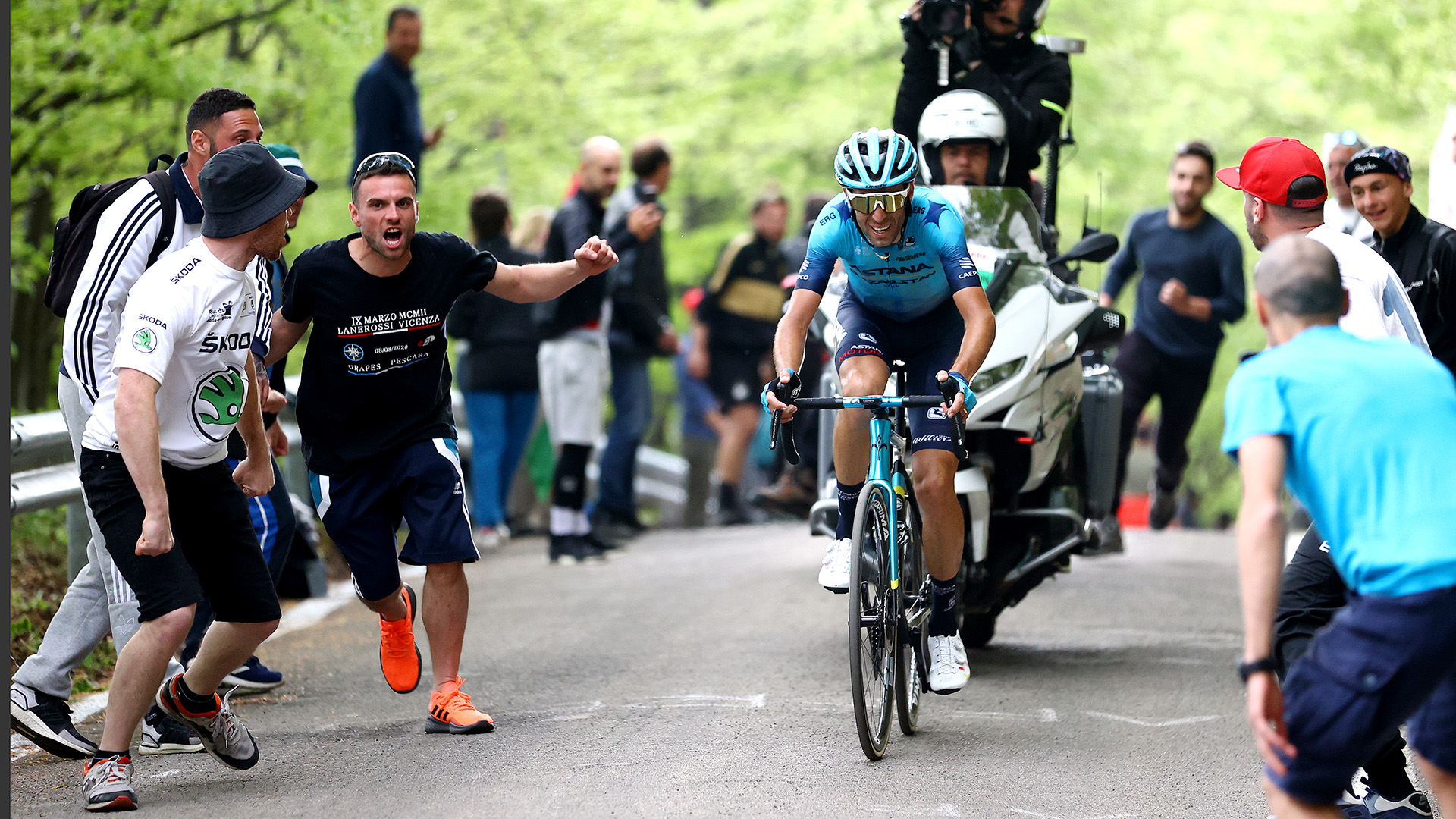 A very hard mountain stage to Blockhaus has been held today at the Giro d’Italia: the riders passed 191 km with 5 categorized climbs, including the final ascent to a super tough Blockhaus.

Astana Qazaqstan Team spent a very active day: Joe Dombrowski was able to join the daily breakaway and became the last rider to be caught by the main group on the lowest slopes of Blockhaus, while team leader Vincenzo Nibali showed good legs, staying inside the GC contenders’ group almost until the finish and taking a solid eighth place.

“Well, I tried to do this climb in a regular rhythm, because my plan was to defend and not to attack. Today, together with the team we decided to try to keep strong during the day and to see, where I can reach at the end of the stage. Actually, the legs worked pretty well, and I felt maybe better than I was hoping for. It was a very hot day, maybe the first really hot day of this Giro, so many riders were suffering because of it. Also, the stage turned out to be a real challenge with D+ over 5000 meters, looks like many years passed since the Giro had a stage of 5000 meters of elevation. However, I think, it was a good stage for us, and now I am happy that we are heading into the rest day, which will bring us a possibility to recover a bit”, – said Vincenzo Nibali.

After Stage 9, won by Jai Hindley, Vincenzo Nibali moved up to 13th position, 3 minutes and 4 seconds behind the pink jersey Juan Pedro Lopez.