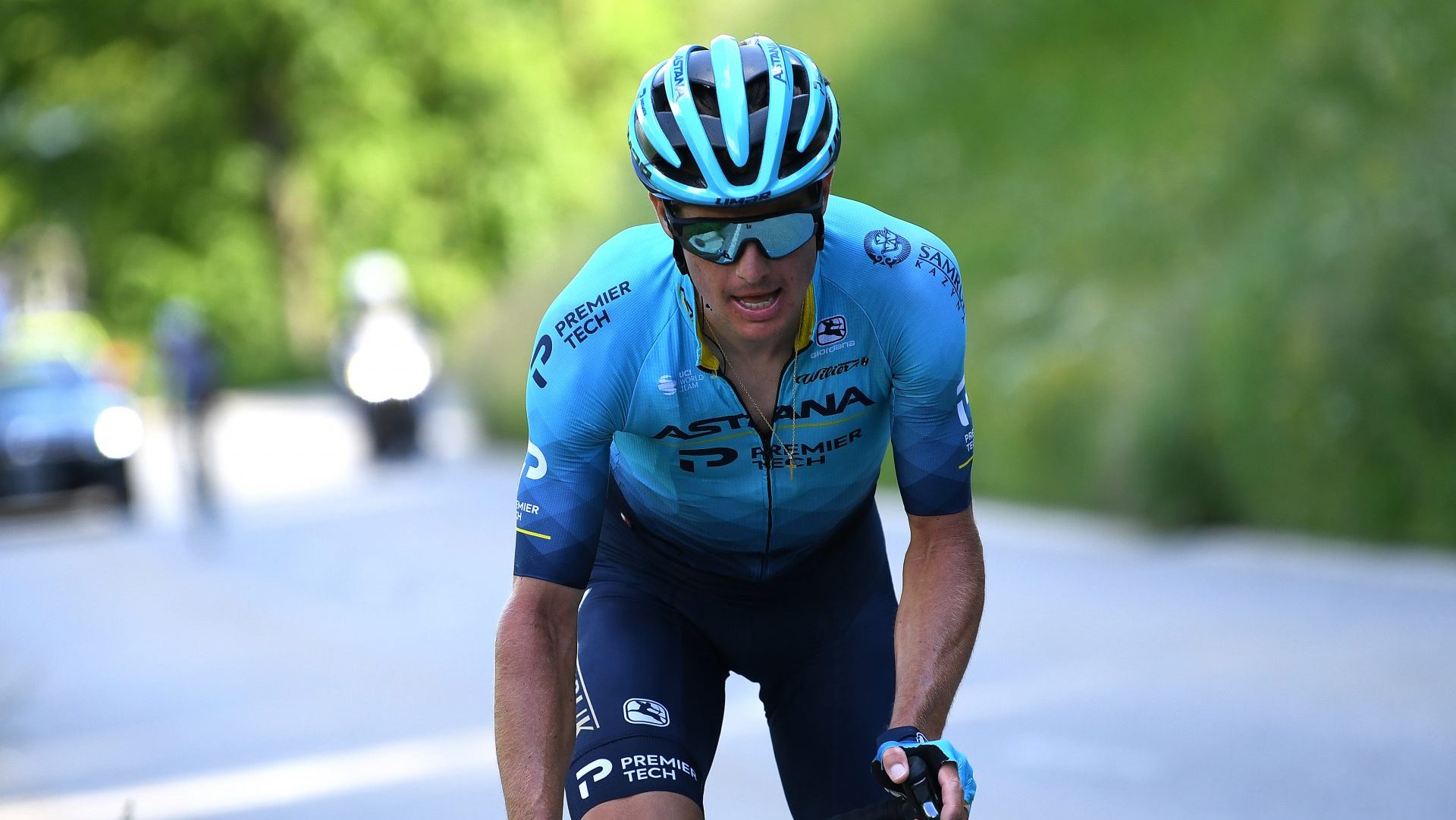 A gutsy performance from Jakob Fuglsang saw the Danish rider narrowly miss the win on stage 5 of the Tour de Suisse after attacking in the final 15 kilometres.

Stage 5 took the riders from yesterday’s finish town of Gstaad to Leukerbad with a category one climb right after the start but as expected, the race lit up in the final 50 kilometres on the category one Erschmatt climb.

The Astana – Premier Tech riders did a stellar job delivering their leader Jakob Fuglsang into position at the bottom of the final ascent. The Danish rider showed his strength and launched an attack with 20 kilometres to go, bridging across to the current leader Esteban Chaves.

Cycling fans saw an exciting finale as later stage winner Carapaz attacked from the chase group and joined Fuglsang, who was, at this point, leading the race solo after dropping Chaves. A battle to the line saw Fuglsang take a strong second place, missing the stage win by centimetres with Carapaz just coming around Fuglsang on the line.

In the overall ranking, the Lombardia 2019 winner moves up to an impressive second place, 26 seconds behind new leader Carapaz.

“I felt good and today’s stage was hard and long but the profile suited me. The team did a great job. They protected me the whole day, from the first climb onwards. As planned, on the bottom of the final ascent I stayed first with the others and tried then to distanced myself. But when I heard Carapaz was coming I tried to save a little bit of energy as I knew it was going to be a tough battle. I just started the sprint too early, but I moved up to second on the General Classification and there are still some stages to come.” – Jakob Fuglsang

“We can be really happy with today´s performance. The guys worked really well together and as planned, they brought Jakob perfectly into position. On the final ascent, Jakob felt good so he launched an attack earlier than maybe expected, nevertheless it was a strong performance and at the end he just missed a few centimetres to win the stage. On the overall ranking he now sits second, with only some seconds behind Carapaz but there are a few hard stages to come. Tomorrow will be another tough one and we will try everything to support Jakob again as best as possible.” – Ivan Velasco, Coach