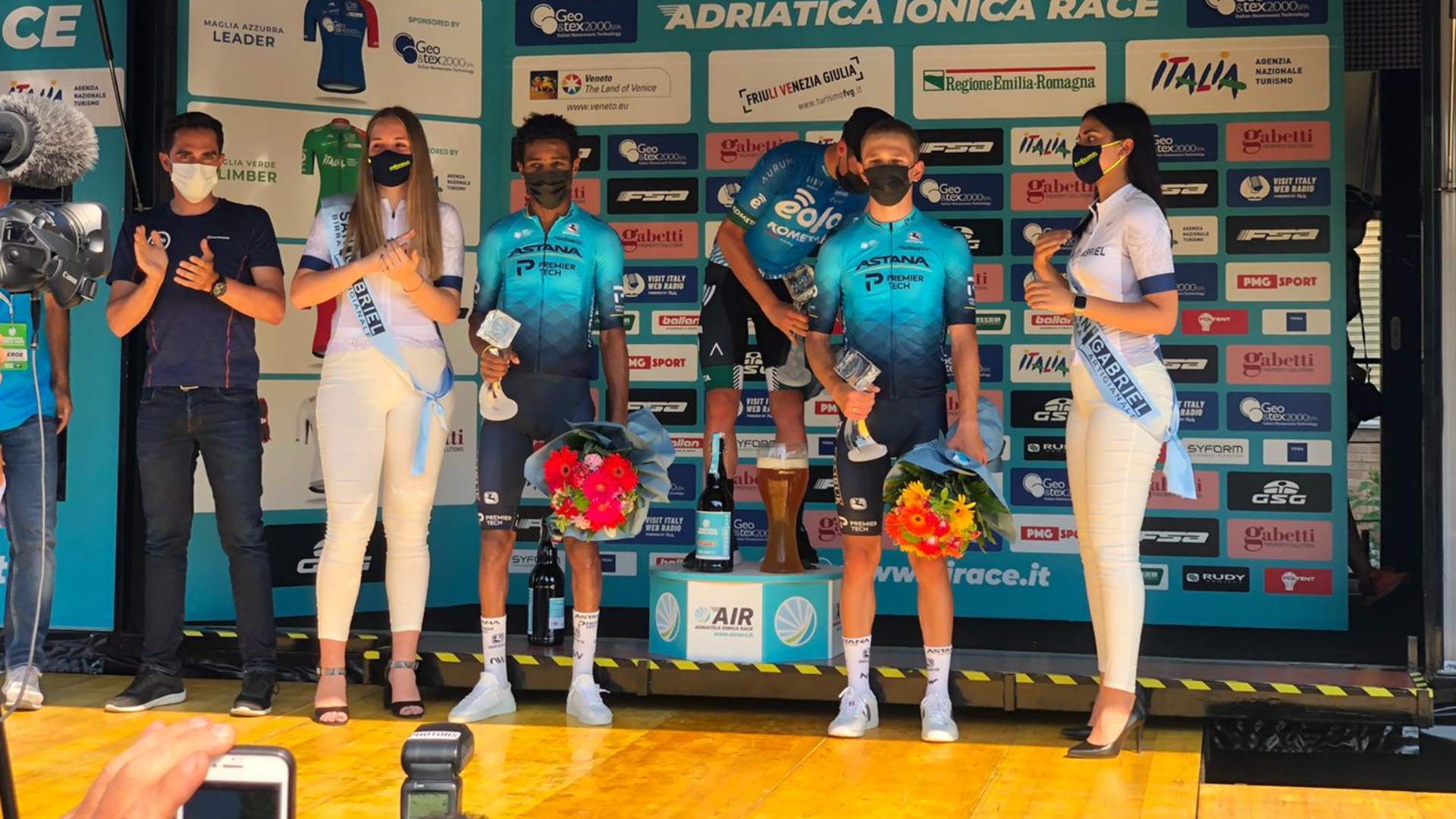 Kudus and Pronskiy round out Adriatica Ionica Podium

The three-day race wrapped up with a tough stage featuring 15 kilometres of gravel roads but ultimately came down to a bunch sprint with Elia Viviani taking the win and Kudus and Pronskiy finishing safely in the bunch, while Davide Martinelli sprinted to an impressive third place.

The General Classification of the race was decided on the Cimma Grappa climb on stage 2 where Lorenzo Fortunato just edged Kudus and Pronskiy out of the stage win and race lead.

Pronskiy came into the race in solid form after making his Grand Tour debut at the Giro d’Italia and came away as the winner of the best young rider classification.

“Well, I think it was a good stage for me and thanks to my teammates I passed it without problem. At the Giro I got some valuable experience on the gravel roads and today I used this experience to ride the stage intelligently. I always tried to stay in front and to keep the race under control and I succeeded. in the end, it was not possible to change something in the General Classification, however I am quite happy with my first podium as a professional rider and with the white jersey of the best young rider. Honestly, before the race I was really motivated to fight for a victory on this race and yesterday I did my best to win. I missed just 200 metres to reach my goal. I am sure that it is just the beginning for me and next time I will get it. So, it was a good race and a good result and now I will keep on training to get ready for the Olympic Games,” said Pronskiy.

Kudus takes confidence from his result ahead of the Eritrean national championships next week.

“Today’s race was quite hard with the gravel as we had six sections but we had a strong team to protect Vadim Pronskiy and myself, with Nikita and Davide. For me it was a good experience as it was the second time racing on gravel but fortunately there were no problems and we made it safely through. We were in the front with the team the whole time and protected second and third on GC. I’m happy with my form and I’m looking forward to the national championships in Eritrea next week,” added Kudus.