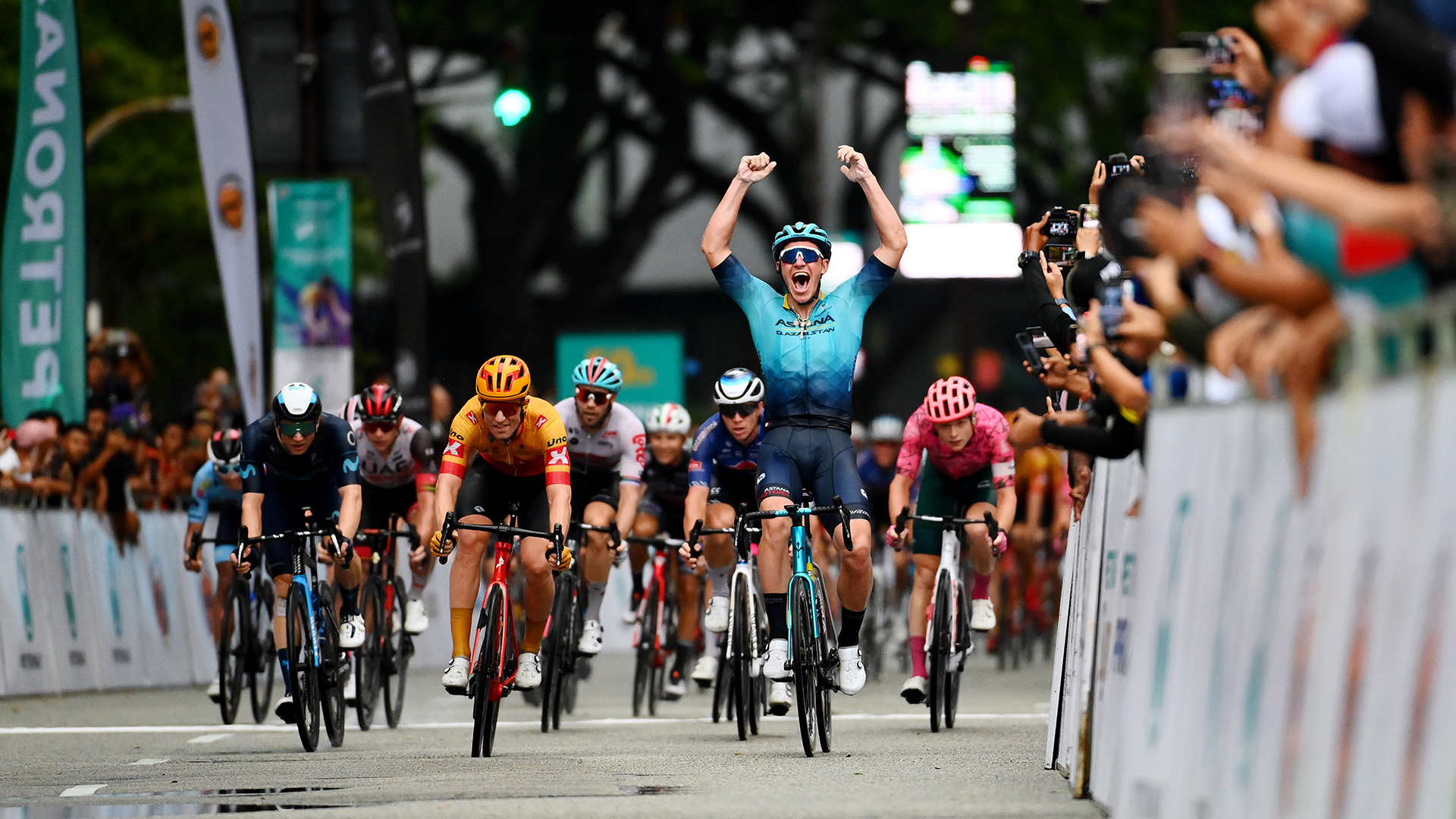 Team’s trainee Gleb Syritsa took the opening stage of the 2.Pro stage race Le Tour de Langkawi. Syritsa won the bunch sprint on the streets of Kuala Lumpur after an impressive work of all Astana Qazaqstan Team riders during the whole day.

“Of course, I am really happy with this victory and with the fact that I was able to finalize all that work my teammates did today. We spent a good stage, all the team was helping and supporting me during the entire day. Andrey Zeits and Igor Chzhan worked hard in front and helped to bring the daily breakaway back, while later all other guys went in front to bring me to a perfect position for the sprint. The final of the stage was impacted by a heavy rain, it was not easy to control the situation, but at the end of the day it did not change that much. I feel quite good under the rain, so everything was on our side today. I’d like to thank all my team for this day”, – said Gleb Syritsa.

Astana Qazaqstan Team worked hard all day long, chasing the daily breakaway and protecting Gleb Syritsa as team sprinter for the stage final. The day was impacted a lot by the heavy rain, but despite the bad weather and many attacks, the stage ended with a massive sprint, where Gleb Syritsa was the strongest rider in the peloton.

Gleb Syritsa joined Astana Qazaqstan Team from August 1st as a trainee. In his first race for the Kazakh team, Arctic Race of Norway, 22-year-old rider took a nice second place in Stage 1, while later he brought another podium, taking a second place in Stage 1 of the Tour de Slovaquie. In his third stage race for Astana Qazaqstan Team Gleb Syritsa reached his first professional win, taking the opening stage of Le Tour de Langkawi.