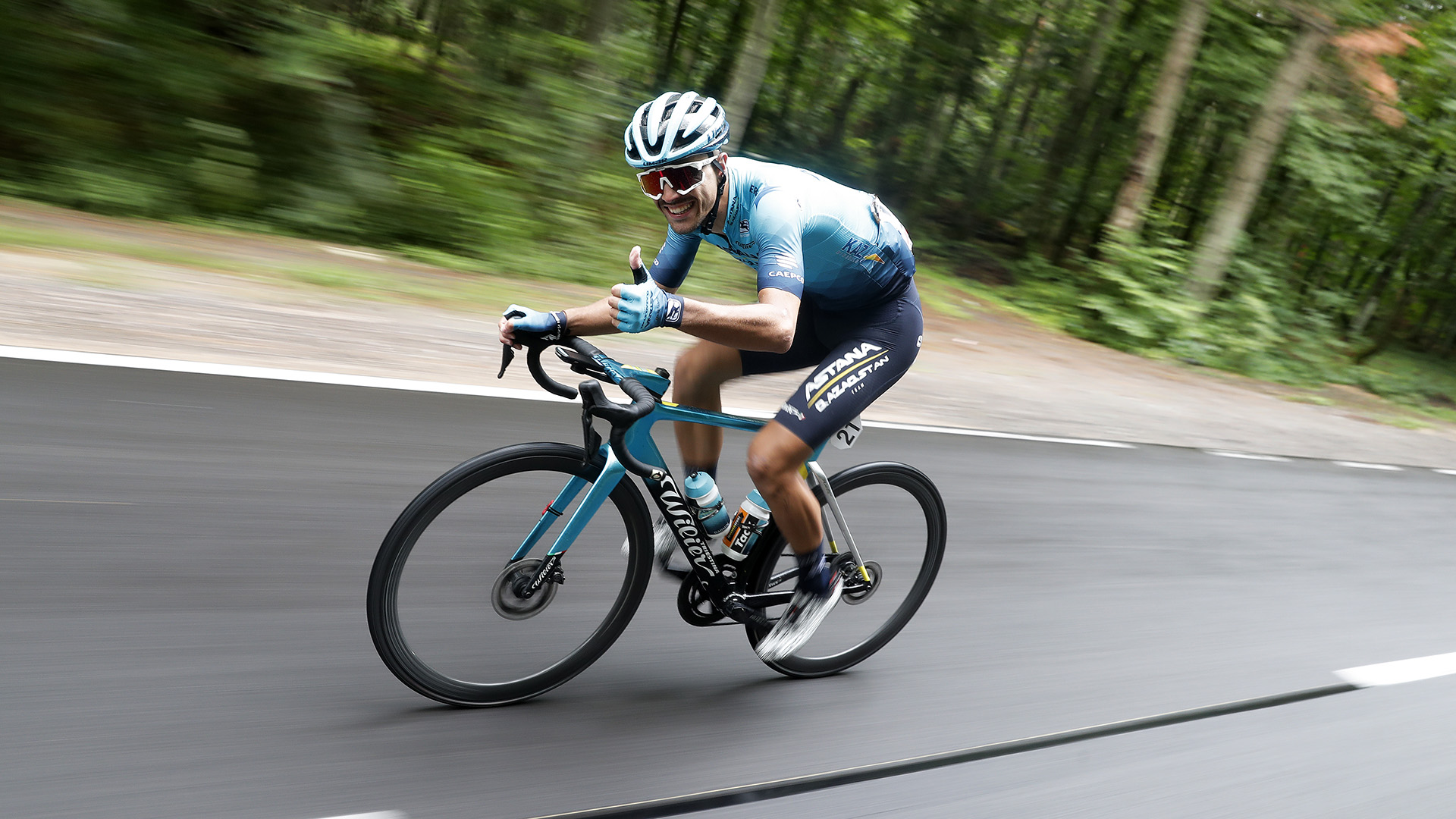 After two years in the Kazakh team the Italian rider Samuele Battistella extended his contract with Astana Qazaqstan Team for two more seasons, until the end of 2024.

“I am sure that this is the best choice for me and my career. I have spent two great years in Astana Qazaqstan Team, I am feeling here really good as I found in this team a great environment. So, I am happy to sign a new deal for two more seasons. I got a lot of experience during my first two seasons here, I am improved a lot, but at the same time I am still feeling like I can achieve more, and I am really happy to continue growing up as a professional rider together with Astana Qazaqstan Team”, – said Samuele Battistella.

Previous season (2021) Samuele won his first race in Astana jersey at Veneto Classic in Italy, also becoming fourth in the General Classification of the Arctic Race of Norway.

In 2022 despite a challenging season due to the crashes and sickness Battistella got some important results too: twice he was second in the stages of the Vuelta a España, he was third in the General Classification of the Tour of Hungary and finished 7th in the overall standings of the Tour de la Provence and the Tour de Pologne.

“Samuele faced a tough season due to some back luck with the crashes and sickness, especially if we talk about Tour de France, where he was forced to abandon due to COVID. But, at the same time we see in Samuele a very talented and motivated rider who still has a room for improvement. He already won a race for Astana in 2021 and for a few times he was close for another success during this season, especially at La Vuelta, so I am happy that he stays with us for two more years and I am sure he can achieve much more in our team”, – said Alexandr Vinokurov.