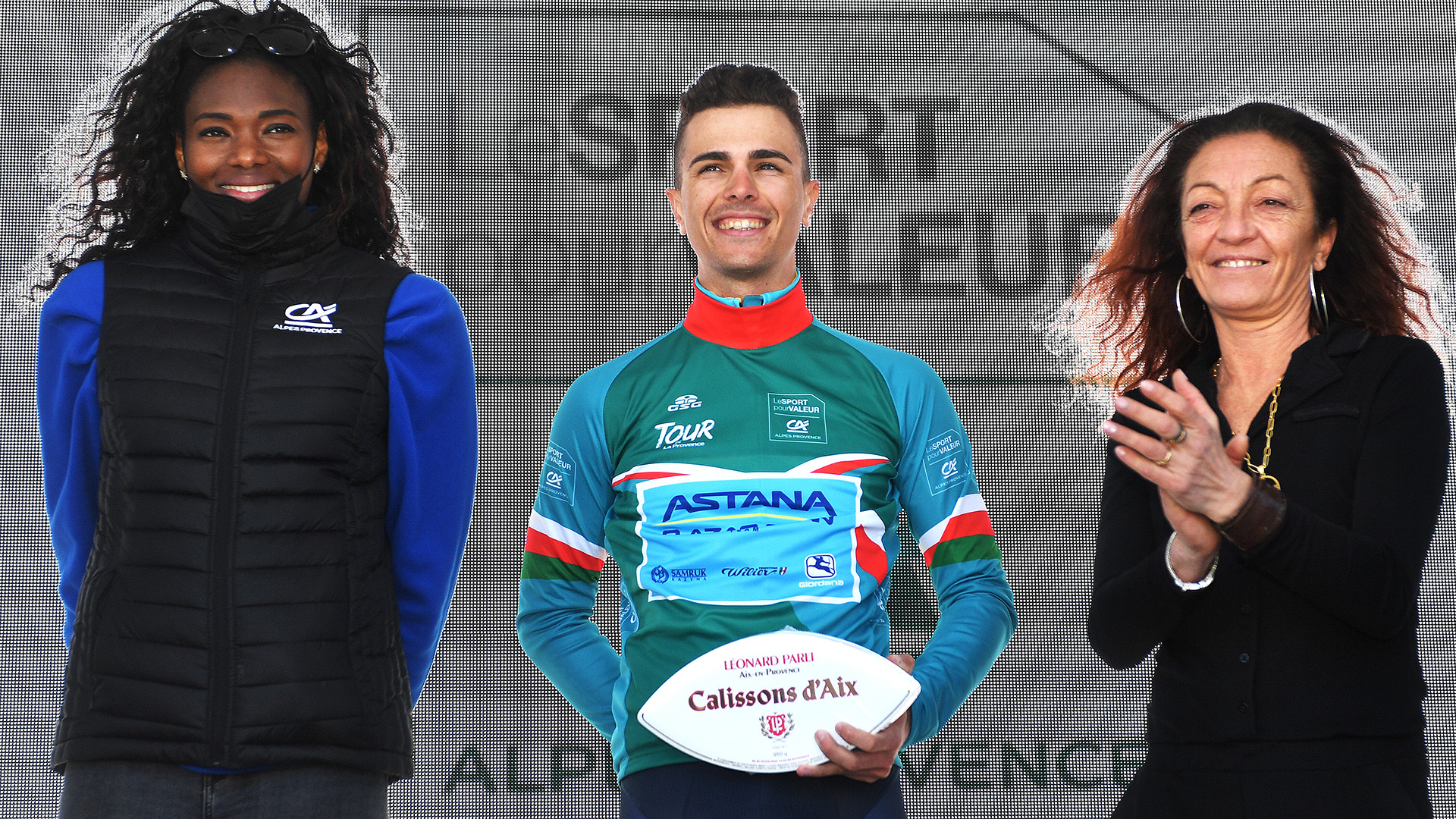 The first normal stage of the Tour de la Provence (Istres – Les-Saintes-Maries-de-la-Mer, 151.8 km) has been impacted a lot by the cross wind, which provoked echelons in the middle part of the distance. Finally, a group of some 20 riders broke away from the peloton to make the decisive move and, thus, to play the stage win.

Astana’s Samuele Battistella, yesterday fourth in the prologue, once again showed his good form at the beginning of the season, taking a nice fifth place at the stage and moving into the lead in the best young rider classification.

“Actually we knew that the weather forecast was predicting a strong cross wind during the stage, so we were quite ready to this situation and to the echelons. My teammates helped me really well, in the right moment they moved me up in front to a good position, so I was able to join the leading group and to stay there until the end. Unfortunately, Leonardo Basso in a moment was almost involved in a crash and thus he could not join me in front. At the end of the day I was able to sprint for a good fifth place and I am quite satisfied with this result. Also, I am happy with the best young rider jersey, it is a good start of the season for me”, – said Samuele Battistella.

“Indeed, our team worked very well today as we expected that the wind will be a key factor today. Artyom Zakharov and Gleb Brussenskiy did a great work on the first part of the distance, supporting Samuele Battistella and Michele Gazzoli. Later there was a dangerous situation and Leonardo Basso was almost crashed but, fortunately, escaped to crash. However, there was a split in the group right on that moment and he and Michele Gazzoli found themselves in the second group. It’s a pity because Michele could do a good sprint in the final, anyway we still had Samuele Battistella there and he spent another strong day on the bike”, – added Dmitriy Fofonov, team Sports Director.