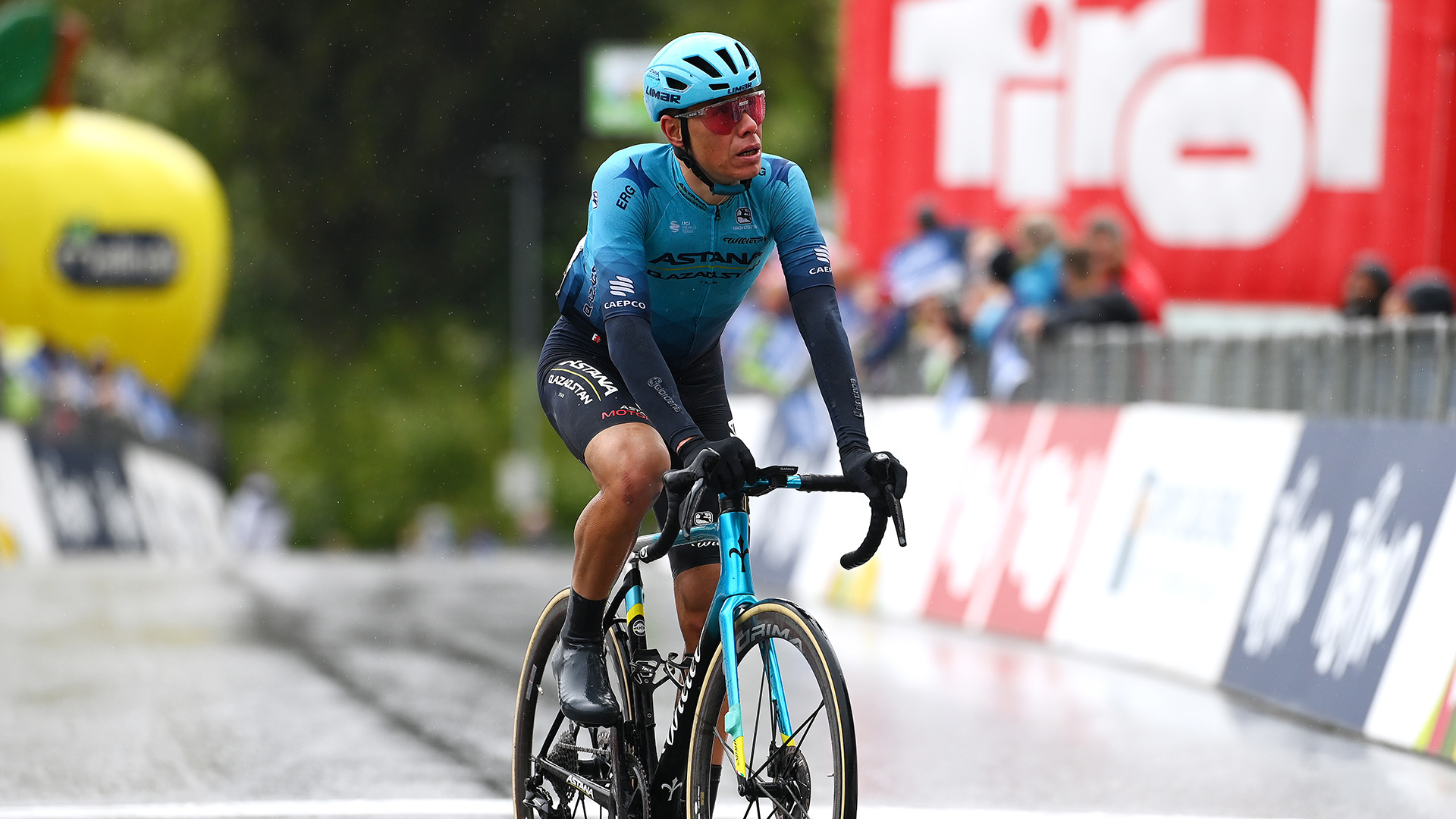 Tour of the Alps. David De La Cruz is second on a wet day in Lienz

David De La Cruz finished second today at the final stage of the Tour of the Alps in Lienz. At the finish, in the uphill sprint the Astana Qazaqstan Team rider lost to Thibault Pinot who became the winner of Stage 5.

“The feeling was really good and after first difficult stages, yesterday and especially today I felt myself much better. Looks like the form is coming and I hope to be ready for the main goal Giro d’Italia. Well, I was fighting for a stage win, but there was 50/50 between me and him with many factors which could impact the result. But today Thibault Pinot was the strongest and I congratulate him. It did not work today, but I hope it could work in a day at the Giro. Now with these good sensations I am heading to the Liège-Bastogne-Liège, while later I will go to Budapest”, – said David De La Cruz.

The final Stage 5 of the race has been impacted a lot by cold and rain. After some 30 km of racing a group of 15 riders finally broke away clear with David De La Cruz among the escapers. The Astana Qazaqstan Team rider was one of the most active in the break; with 65 km to go De La Cruz launched an attack together with the Frenchman Thibault Pinot, shortly opening a good gap to the rest of the breakaway. Two riders worked well together, increasing their advantage on the next climb of the day. David De La Cruz made an attack on the descent, while Thibault Pinot tried to escape on the last climb, however the riders hit the finish 500 meters all together and decided the stage win in a sprint, won by French rider.

“Well, it was a real fight between David and Thibault and the strongest won today. We were close to another win here at the Tour of the Alps, however I am quite happy with David’s performance today and with the form he showed in this stage. He looked really strong, and it is a good sign ahead of the Giro d’Italia. So, it still was a good day for us. In general, we spent a nice week here in Alps and all riders who are going to take part in the Giro showed they are ready”, – said Alexandr Shefer, Sports Director of Astana Qazaqstan Team.