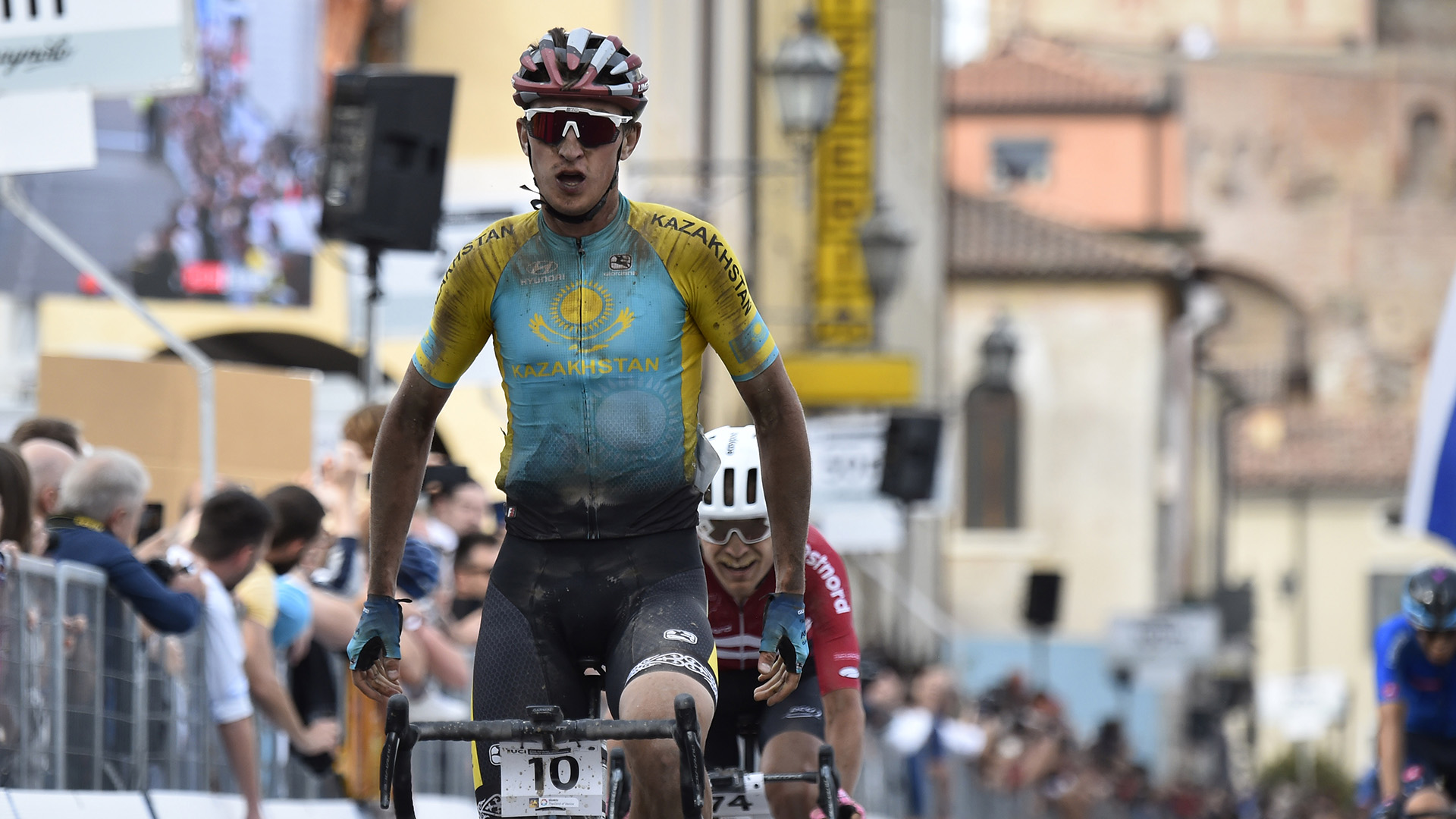 The first ever UCI Gravel World Championships has been concluded today in Veneto, Italy. Two riders of Astana Qazaqstan Team, Yevgeniy Fedorov (Kazakhstan) and Miguel Angel Lopez (Colombia) took part in the Elite category race (194 km with ¾ part of the distance on the white gravel roads).

Yevgeniy Fedorov spent a great day on the road, he was very active, staying in front and working hard to keep his position among the leaders. At the end of the day the Kazakh rider finished fifths, becoming the best young rider Under 23.

“Today we had a very tough race. Technically it was really difficult, from the start there were a lot of attacks, groups of 5 – 10 riders were trying to escape all day long. Closer to the final many riders dropped away while I was able to stay in front, trying to keep my technic on a good level as well as to save as much energy as possible. In general, I am happy with my performance today and, despite the race was a tough one, I was able to represent Kazakhstan in a good way in this World Championships”, – said Yevgeniy Fedorov.

Yevgeniy Fedorov lives a very nice final of the season: firstly, he won the gold medal in the U23 road race of the UCI Road World Championships, later he took a nice second place in Il Piccolo Lombardia and now he got a solid 5th place in the UCI Gravel World Championships.