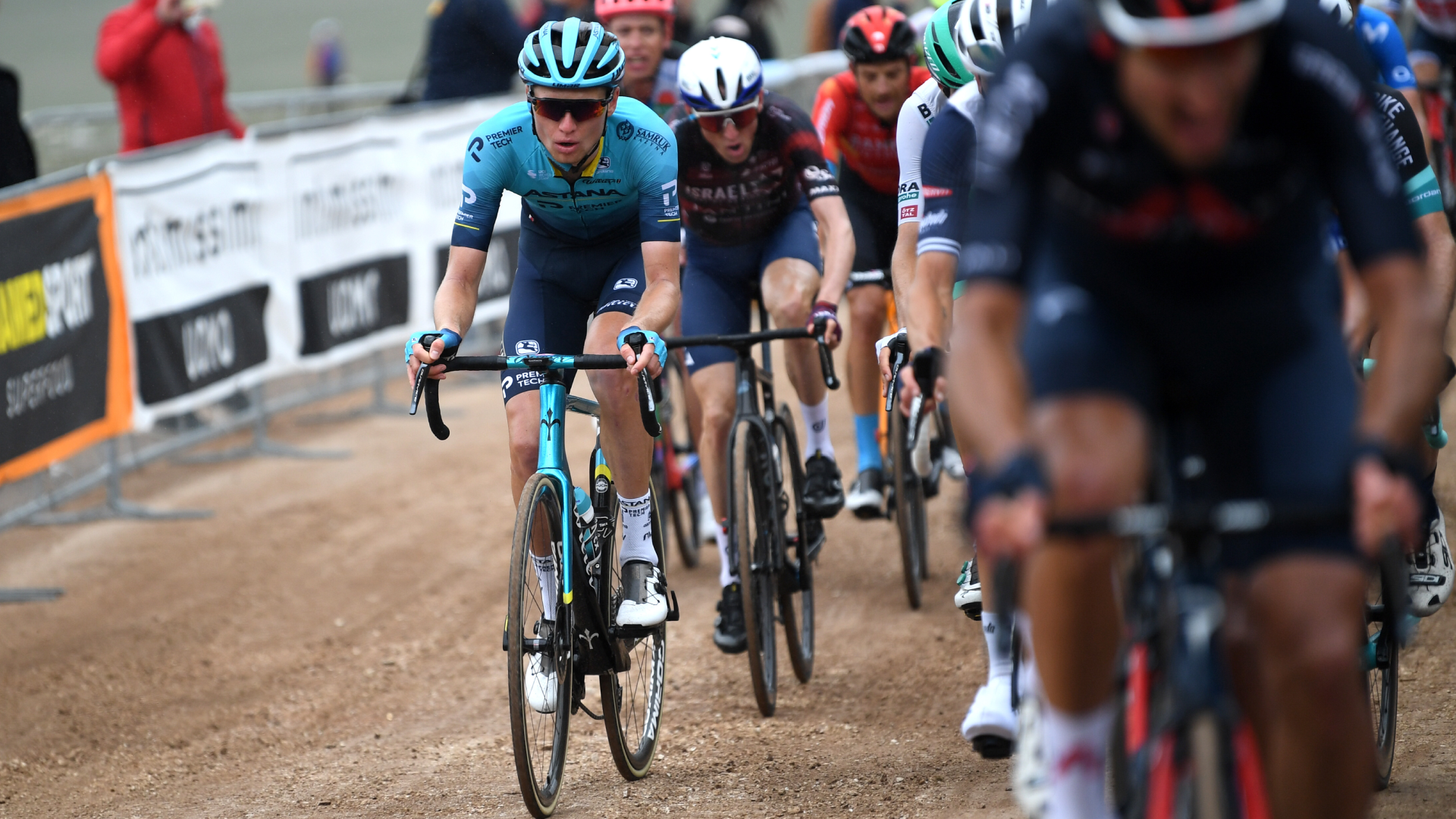 Aleksandr Vlasov showed his strength in the latest General Classification battle on stage nine of the Giro d’Italia to finish in third place on the brutal gravel summit finish.

“It was a great experience for me on this kind of final. It was a very tough summit especially because of the gravel section. I tried to attack in the final and I think it was a good move, but it was a bit difficult for me to hold the bike stable on this surface. My legs worked really well and I felt good, but the gravel was a hard challenge anyway. I am happy with my performance and I did all I could on this type of finish. So, I am happy so far and let’s see how it will be tomorrow and after the first rest day,” said Vlasov.

The battle for the breakaway played out for more than one hour with Astana – Premier Tech active at the front of the race and present in all of the moves. With attack after attack reeled in, eventually 17 riders were able to go clear with Spanish road race champion Luis Leon Sanchez in the mix.

With four climbs on the menu, the peloton controlled the breakaway’s advantage and on the category 2 Ovindoli climb, the breakaway began to split. Behind, Vlasov was well protected by his teammates in the reduced bunch as the pace picked up approaching the finale.

Sanchez was reeled in by the peloton inside the last 10 kilometres at which point the lone leader was just over one minute ahead. But the difficult finale and gravel sector played into the hands of the GC contenders who made the catch with 400 metres to go after a strong attack by Vlasov.

With riders dropped on the gravel, Bernal launched what would be the winning move while behind, Vlasov dug deep to respond. Vlasov fought hard to remain third on the road in the final 200 metres, crossing the line seven seconds down on Bernal.