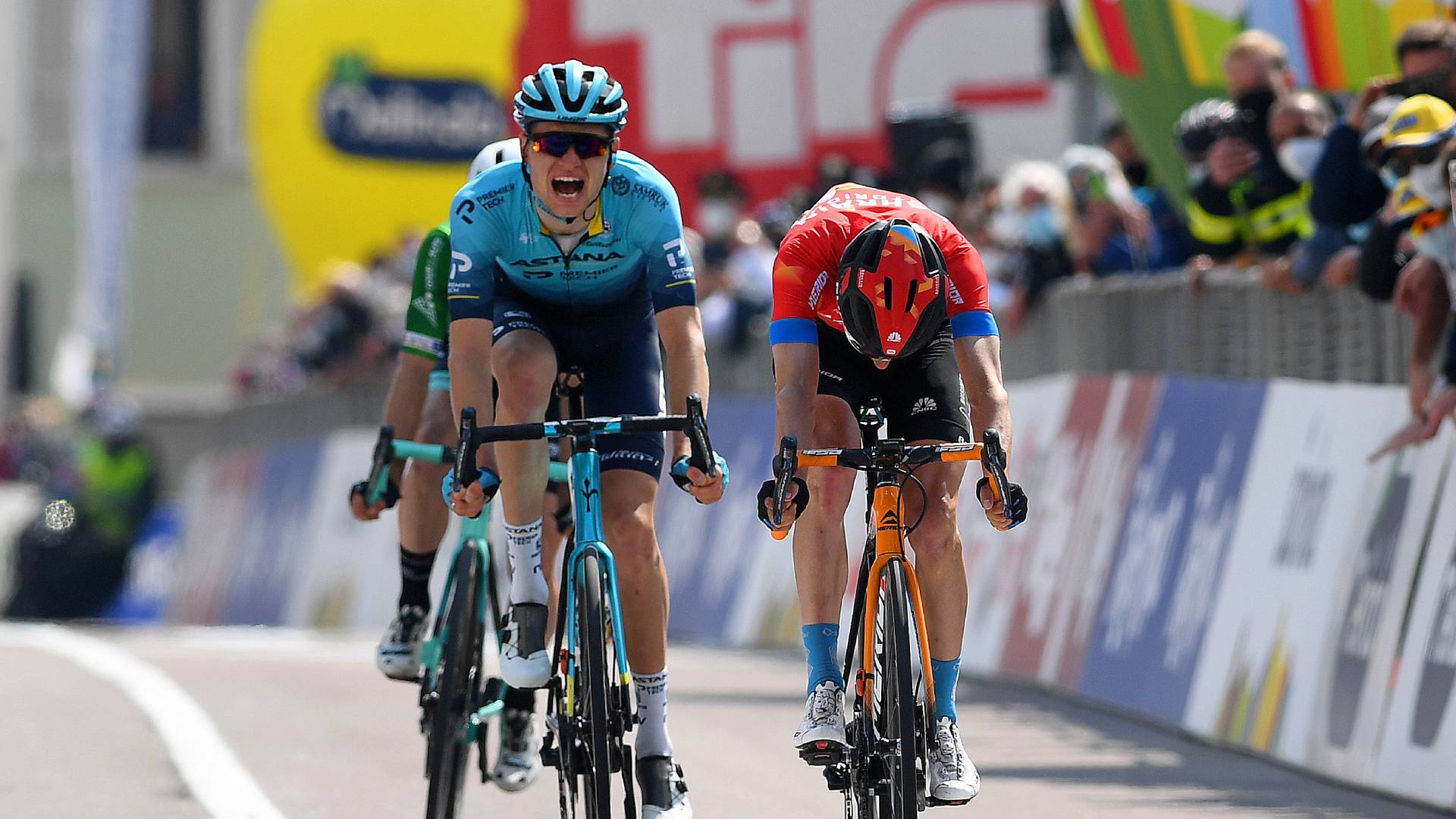 Aleksandr Vlasov showed his strength and determination on stage four of the Tour of the Alps, sprinting to second place in a nail-biting finale of the queen stage.

Vlasov’s impressive ride sees him move onto the podium in third place overall ahead of the final day of racing, 1’06” behind race leader Simon Yates. The strong performance from the Russian leader came on an emotional day for Astana – Premier Tech, four years since the passing of Michele Scarponi.

“The whole team was really motivated for today’s stage. The team did a good job to keep me in front the whole day and then it was up to me to try something on the final climb. I did my best on the final climb and I was close to getting the win. I did everything I could. Day by day I am feeling better so it’s a good sign before the Giro d’Italia. I think I am on the right way and we still have tomorrow’s stage, so we will see what we can do,” said Vlasov

The battle for the stage win was also in the minds of Vlasov’s teammates with Spanish road race champion Luis Leon Sanchez making the breakaway for the second consecutive stage. Despite the peloton keeping the nine-rider group on a short leash, solid cooperation amongst the riders saw the breakaway fight hard to maintain a two-minute advantage for most of the stage.

With almost 4500 metres of elevation on the cards, the tough terrain took its toll and it was a reduced peloton that made the catch inside the final 20 kilometres.

Vlasov had been positioned well by his teammates throughout the stage and was able to respond to the attacks on the final climb before launching his own attack with 10 kilometres to go. Yates was the only rider able to respond and the duo forged clear in the final kilometres of the climb, working well together on the downhill run into the finish.

The duo was joined by Spaniard Pello Bilbao in the final kilometres, setting the stage for a three-man sprint to the line. Vlasov dug deep, gritting his teeth as he gave it everything he had but fell just short of the win with Bilbao taking the day’s honours.