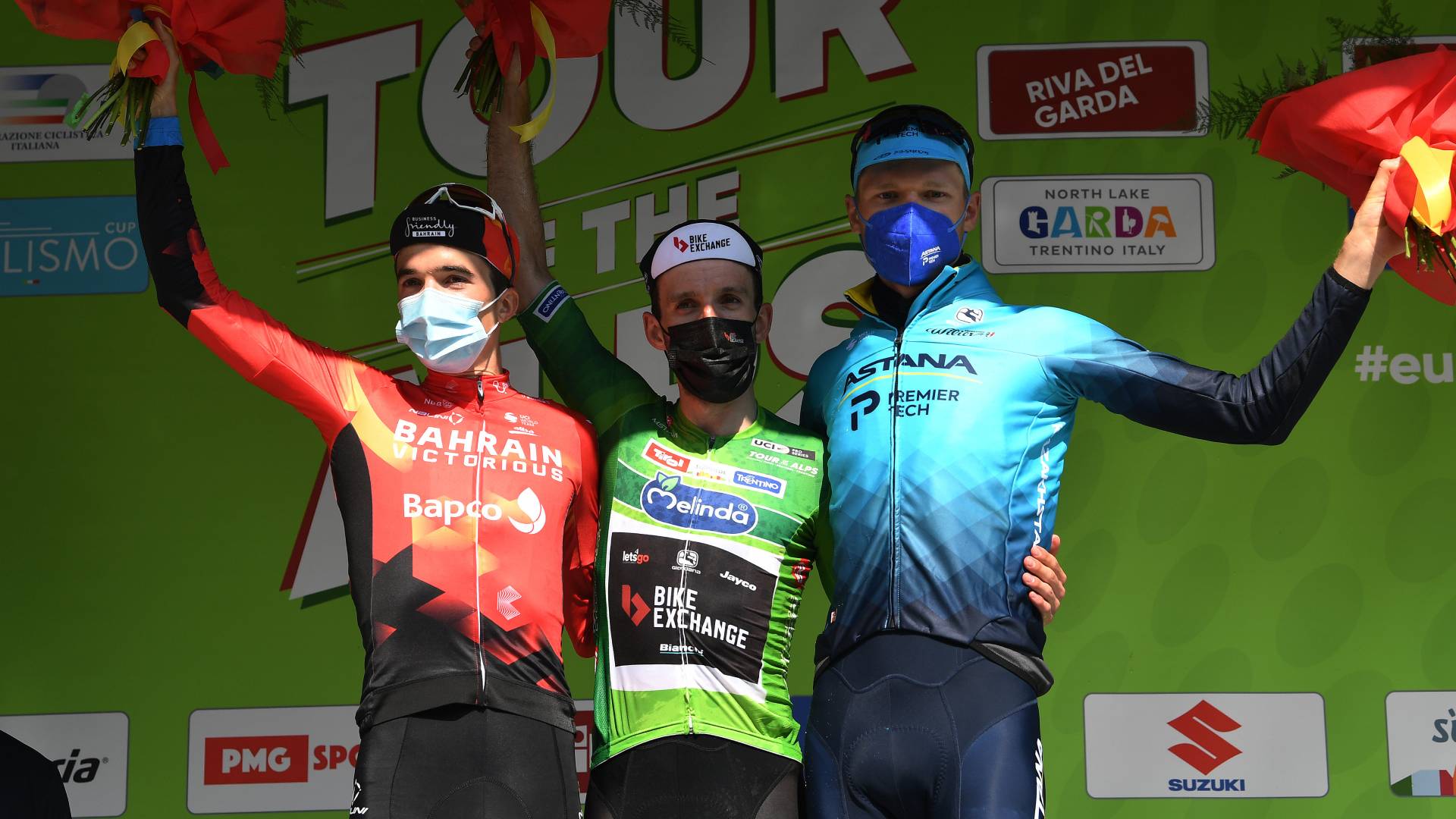 Vlasov takes confidence from Tour of the Alps podium

The final day of racing at Tour of the Alps saw Aleksandr Vlasov secure third place overall after five tough days in the mountains, in what was his final race before the Giro d’Italia.

Astana – Premier Tech’s Russian leader showed strong form day after day, finishing second and fourth on two occasions, to round out the General Classification podium, 1’06” behind winner Simon Yates. Vlasov takes confidence from the result, following his second place overall at Paris-Nice, and a top ten finish at Tour de la Provence, so far this season.

“I think I had a very good week at the Tour of the Alps, and these five days were really important for the Giro d’Italia. The race was very difficult, every day we had to give our best to stay in front and to fight for a good result, but from the point of view of the preparation, you can’t think of a better race. The main goal at the Tour of the Alps was to finish my preparation for the Giro, but at the same time I am very happy that I was able to finish the race on the podium in the overall standings.

This result gives me additional motivation and confidence in myself before the main start of the season. The Giro is only two weeks away and I will try to use this time in the best possible way to get ready. A special thanks to all the team, the guys showed themselves superbly at this race, providing me with excellent support, ” said Aleksandr Vlasov.

The fifth and final stage was almost all climbing and descending after a flat first 20 kilometres, at which point the breakaway of the day, featuring Vadim Pronskiy, was able to go clear as the road began to rise.

As was the case in all of the stages, the peloton controlled the breakaway and began to bring them back in the second half of the stage. On the category two Lago di Tenno climb, Fabio Felline launched an attack and towards the summit, Luis Leon Sanchez increased the pace with Vlasov in his wheel but the group remained together over the summit.

A crash involving Harold Tejada and Fabio Felline occurred inside 20 kilometres to go and disrupted the bunch but fortunately, both riders escaped without any major injuries. At the end of the day, Felix Grossschartner was able to hang on and win solo from the breakaway while behind, Sanchez was Astana – Premier Tech’s first rider across the line in seventh place in the same group as Vlasov and the rest of the GC riders.