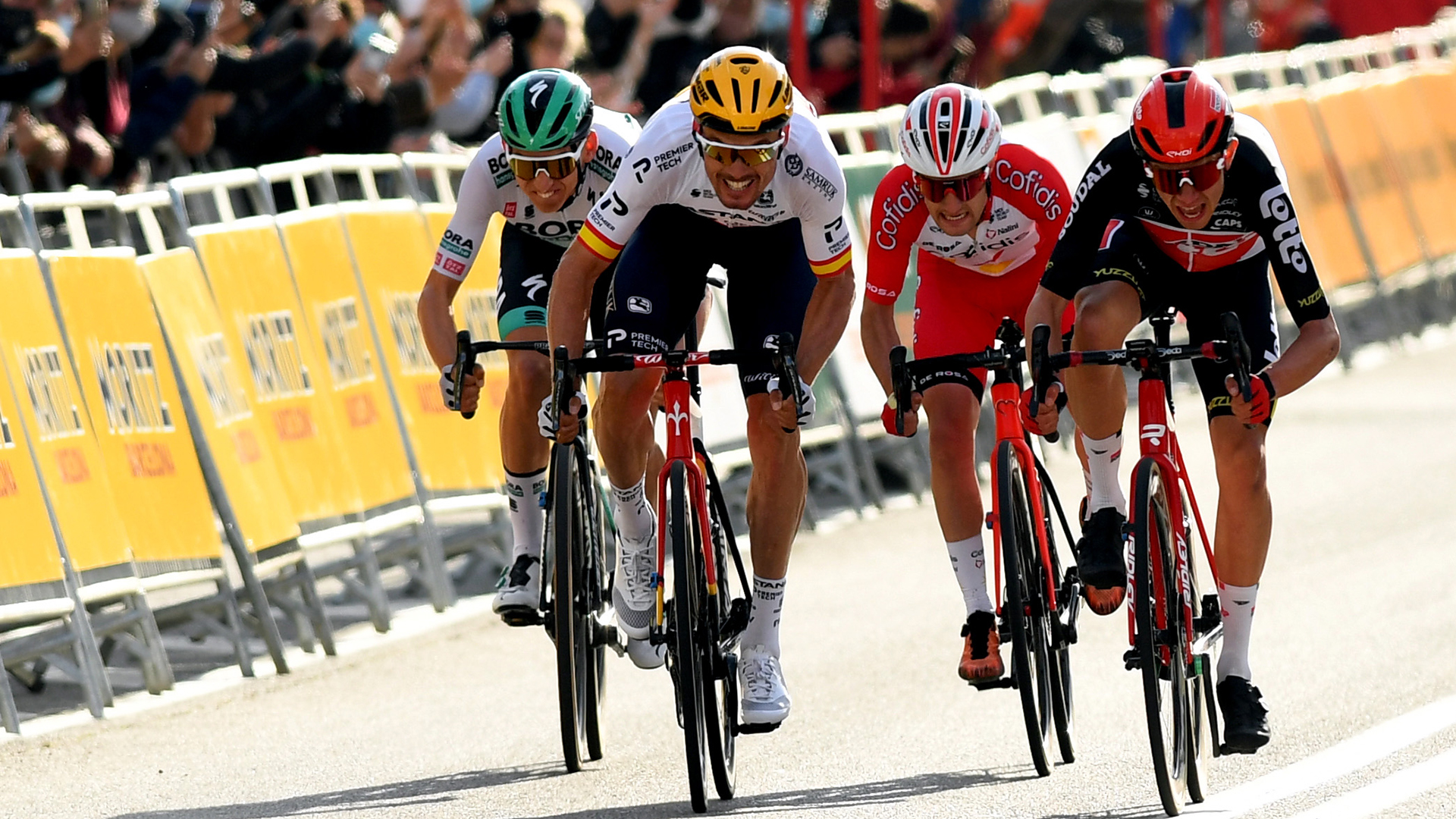 Spanish champion Luis Leon Sanchez finished second today in Calella on the first stage of the 100th edition of the Volta Ciclista a Catalunya. The Astana – Premier Tech rider raced aggressively in the second half of the stage and joined a small group of four riders after a late attack on Port de Collsacreu, the last climb of the day.

Sanchez’s group worked well in the last 22 kilometres to gain a 40-second advantage and was able to hold the peloton off until the finish line. In the sprint, Luis Leon did his best but missed just a little to win the stage, finishing second behind the young Dane Andreas Kron.

After chasing Sanchez’s group and halving the gap in the final kilometres of the day, the peloton crossed the line 16 seconds down.

“The first stage looked good for us with a few climbs and a small ascent up there at the end. With not many sprinters in the peloton we knew it would be difficult for the group to control the situation. So, we tried to stay focused in the group throughout the whole day, especially in the final part. We were up there in front of the pack at the bottom of the last climb and I followed all moves, and, at the end, I was able to break away together with three more riders. Well, I missed the win today and of course, I am a little bit disappointed. In the sprint I was a bit boxed in behind two riders, while Kron went out on the left side. I lost just a moment and then I tried to give my best in sprint but still could not win. It was a good opportunity for me to get a victory, but I hope that more chances will come in the next days,” – said Luis Leon Sanchez.

“We had a plan to attack with Luis Leon on the last climb. We knew this stage quite well and we knew if a group of riders would open a gap on the top of the climb it would be really hard for the peloton to close it. At the end of the day it went really well for us and Luis Leon did a great race. We missed just a little to win today, but the other rider was just stronger. However, I am happy with the way the team rode today all together, helping each other and it is nice to get a small reward at the end of the day with the best team of the stage. Now we are looking forward to the following days here in Catalunya”, – added Bruno Cenghialta, Sports Director of Astana – Premier Tech.

The Volta a Catalunya continues tomorrow with an individual time trial of 18.5 kilometres in Banyoles.