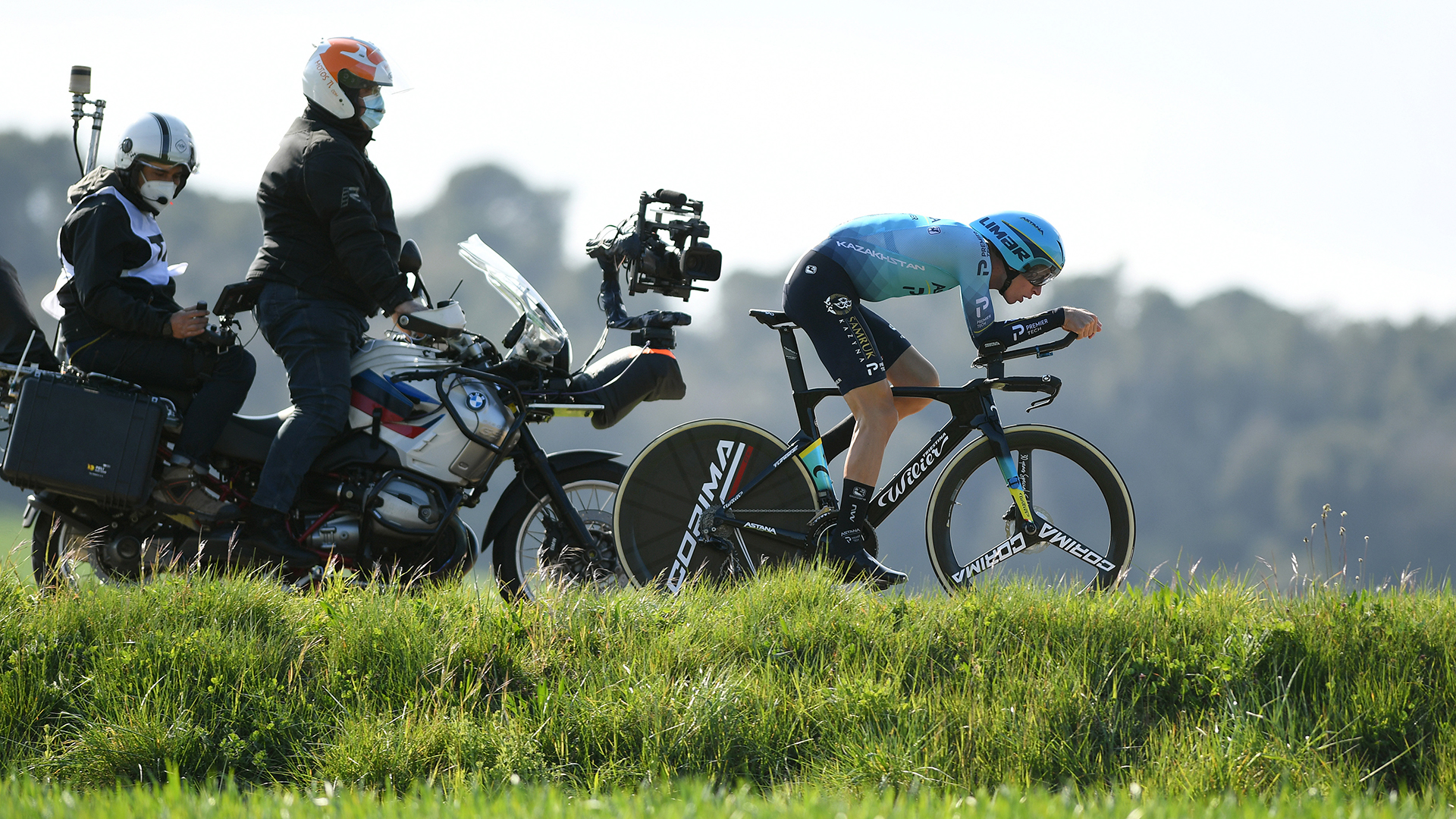 Stefan De Bod showed his time trial prowess on stage two of Volta Ciclista a Catalunya, clocking the ninth-fastest time on the 18.5-kilometre course in Banyoles.  After a solid eighth place in the individual time trial at the UAE Tour, De Bod showed consistency to record his second top ten result in his debut season with Astana – Premier Tech.

“I felt good and thought it was a good course. It was a little bit difficult to feel confident in the pacing because you always feel like you want to do more. And then you want to keep doing more until the end so then you are pushing this pace the whole course. I train on these roads all the time and I know the area really well. So that was definitely an advantage and it was nice to race here. UAE Tour was my first time trial with the team and that was a top ten result so I am happy to do another top ten result today. In general, it was good and there are a few things I can work on in the future. I look forward to developing my time trial ability and we see if I can do a really good time trial at the next races”, – said Stefan De Bod.

After his second place yesterday in the opening stage of the race, Luis Leon Sanchez came out to the start in Banyoles to fight for the lead in the General Classification. A strong time trial saw the Spanish road race champion finish 13th and lose just 53 seconds to the stage winner and former TT World Champion Rohan Dennis. However, it was not enough to take the lead in the overall standings and as result, Sanchez moved into third in the General Classification, just three seconds behind the new race leader Joao Almeida.

“Well, I was really close to a stage win yesterday, so today I was motivated to try to get the lead in the General Classification. I knew it would not be easy as there are many strong TT specialists in the peloton here in Volta a Catalunya. But at least I was motivated to do my best and to see how far I can go today. I felt quite good and I think that I did a good time trial, giving maximum in every point of the distance. It was not enough to take the jersey, but in general I can be happy with my performance. We will see now how the race will turn out in the next days, I hope to see more chances to get something important here”, – said Luis Leon Sanchez.

Tomorrow the peloton will face the first of two big mountain stages of the 100th edition. Stage 3 will bring the riders from the Olympic Channel of Catalonia to the top of the famous Vallter 2000 climb.