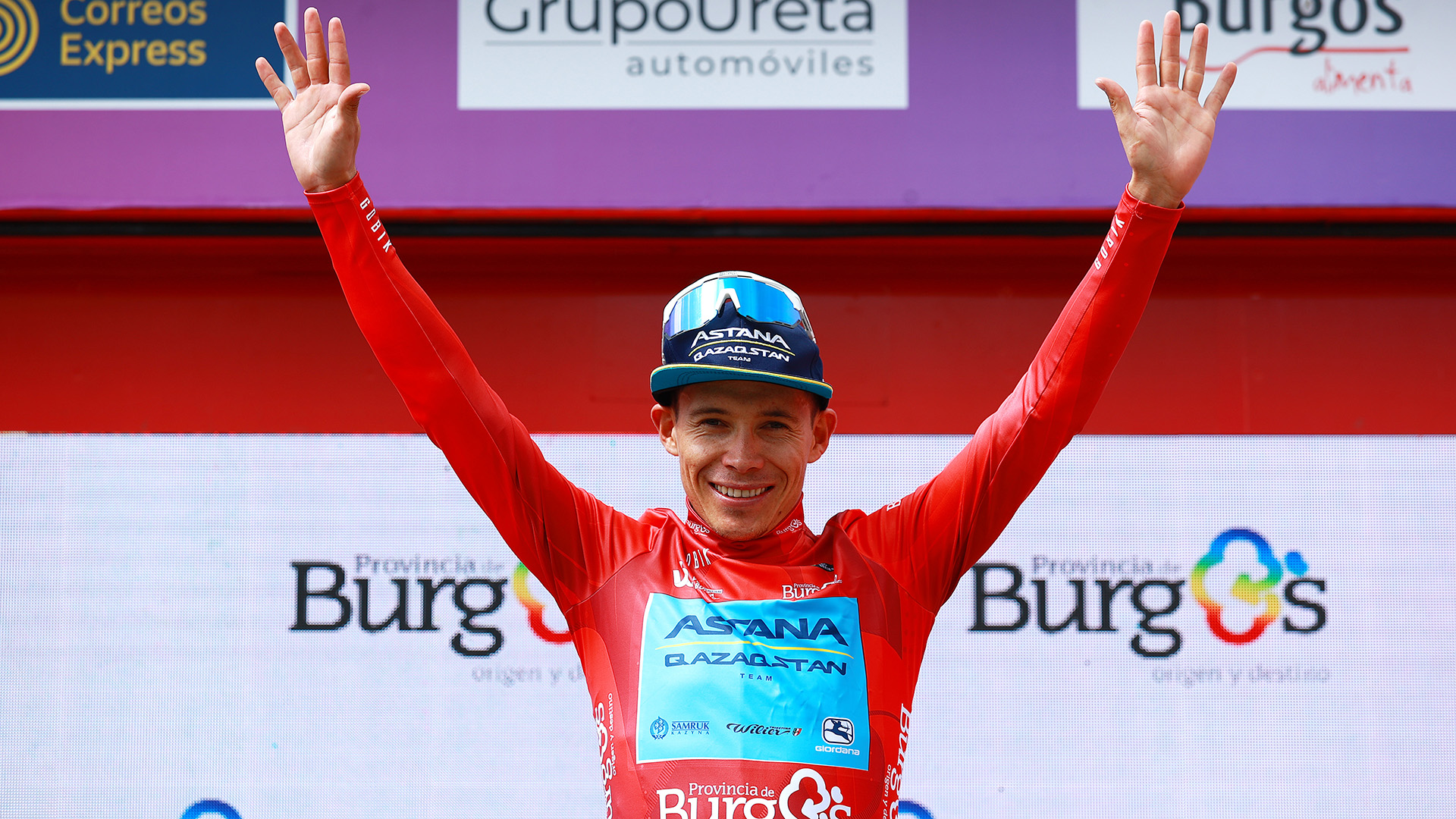 Miguel Angel Lopez finished second today atop Lagunas de Neila in the final stage of the Vuelta a Burgos and, thus, took a nice third place in the final General Classification of the race. Also, the Astana Qazaqstan Team rider won the red jersey of the mountain classification.

“It was my first race after a big break, and I came here after a long period of recovering after my injury from the Giro d’Italia. So, I can say that I am quite happy with my performance here, because after such a long period I am still missing the racing rhythm and this is normal, I still need some time to get in form. I was hoping for a good result in this race and today I tried my best to win the stage and to reach the final podium. Well, I could not win, but I got a place on the final podium, and I also won the mountain jersey, so this week looks good to me. I would like to thank my teammates for a great support during these five days, it was something special”, – said Miguel Angel Lopez.

Lopez was the rider, who attacked from the GC contender’s group with 2.5 km to go, opening a small gap and making a huge selection in the peloton after a perfect job of his teammates during the whole day.

Later he followed the attack of Joao Almeida, fighting for a stage win until the very last meter, at the end of the day finishing second. This result was enough to move him up to the third position in the overall standing and to the lead in the mountain classification.