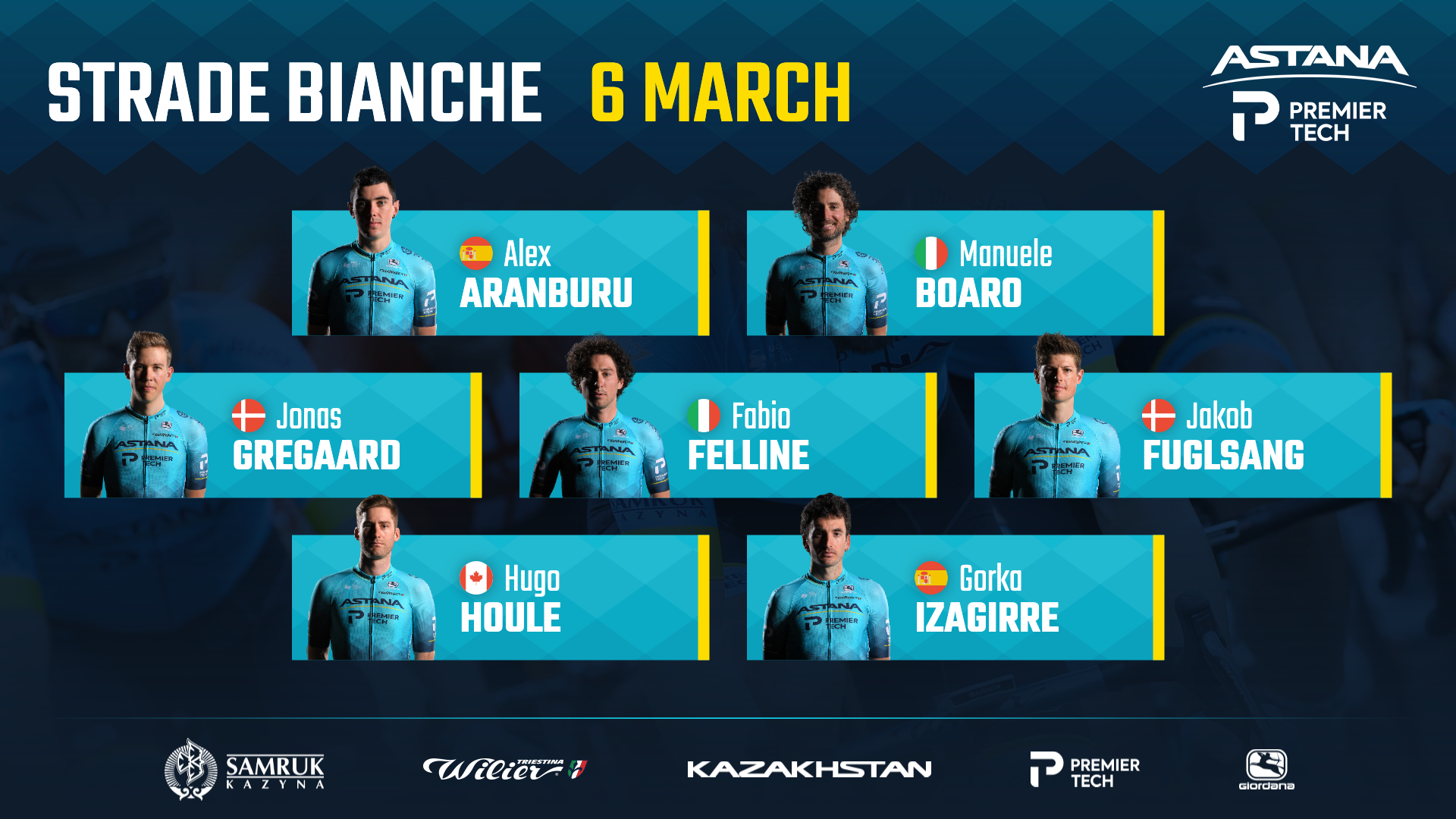 The Piazza del Campo in Siena will again be the setting of a dramatic finale of Strade Bianche at the end of the 184-kilometre undulating course, riddled with punchy hills and more than 60 kilometres of gravel roads.

The Kazakh – Canadian team will take to the start line in Siena with several cards to play.

Leader Jakob Fuglsang, who has good memories of the race having finished fifth in 2020 and second in 2019, aims for another top result on the iconic white gravel roads.

“I have good memories of the race, finishing second in 2019 and fifth last year. Last year the weather took its toll but, of course, it was an unusual edition in August. This year, the weather forecast suggests rain, so we could be in for a really tough race but we have a strong team with riders with ambition and experience. I am looking forward to racing on Saturday as it’s one of the most beautiful races of the year. I had a good start to the season with my previous races in France, so I am confident I can add another good result to my early racing season.” – says Jakob Fuglsang.

Alongside the Danish rider, Gorka Izagirre and Alex Aranburu will line up after proving their shape last weekend in Belgium, while Jonas Gregaard will make his race debut this Saturday.

Canadian Hugo Houle, and Italians Fabio Felline and Manuele Boaro will round out the strong line up, all of whom have experience on the historic course in Italy.

“We saw already last week in France that Jakob is in a good form. Last year, he rode a really strong race, attacking 70 kilometres before the line and staying away a long time. But also, Gorka and Alex are in an incredible shape right now, proving it last weekend in Belgium, where Alex took sixth at Omloop Het Nieuwsblad. With Hugo, Manuele, and Fabio, we have riders with a lot of experience who can read the race. Jonas will ride Strade Bianche for the first time, like Alex, but he is motivated and will be good support for Jakob. I think we need to wait until the final part of the race to see how things unfold and who will be up there. But, we have a strong line up and multiple cards to play.” – says Sports Director Stefano Zanini.