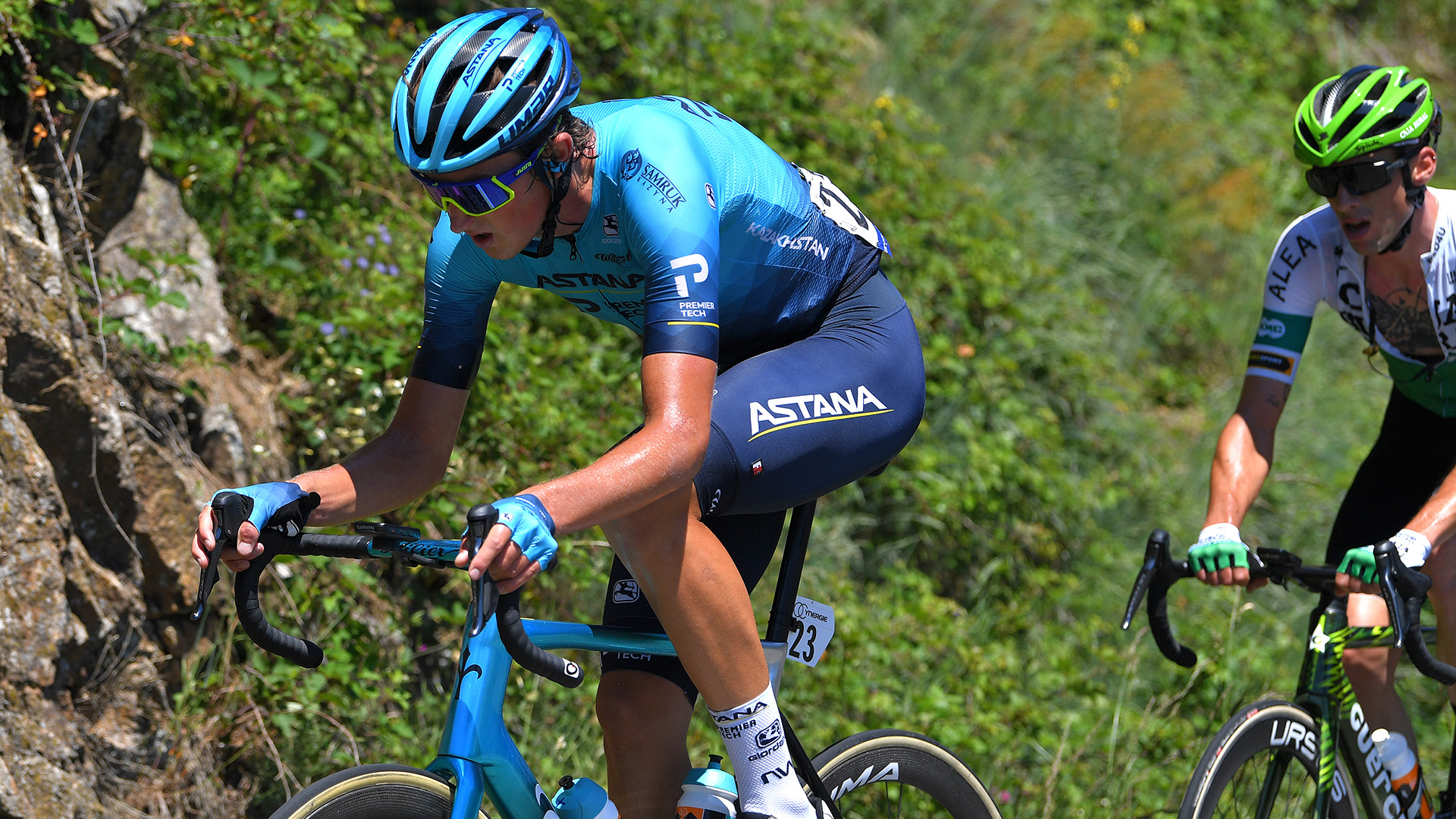 Astana – Premier Tech spent an active day on the opening stage of the French race La Route d’Occitanie, which started today with a demanding stage to Lacaune Les Bains.

The young Kazakh rider Yevgeniy Fedorov joined the right group at the start of the stage, making his presence at the front in the daily breakaway. The group worked really well together, opening a four-minute gap to the peloton. However, in the final part of the stage, it was caught back which set the stage for further attacks.

Once the break was caught, it was Merhawi Kudus who attacked from the peloton with the Italian Andrea Vendrame. Together they built a 40-second gap, fighting for the stage win. Kudus worked really hard in front, trying to hold the peloton off, and finally suffered the consequences of his work, dropping from the leading group just a few kilometres from the finish line, while Vendrame was able to stay away and take the stage win and the race lead.

The peloton arrived just seconds behind the solo winner and Spanish champion Luis Leon Sanchez sprinted to fourth place on the stage to sit in sixth place in the General Classification.

“I think it was a good day for us. We were aiming to do an aggressive race and Yevgeniy Fedorov was able to go in a breakaway, where he showed good legs. Also, Merhawi Kudus did a strong move in the final with the eventual stage winner. Maybe Merhawi worked too much in the break trying to hold the gap, however, it was a nice attempt from him. At the end, we still had almost all our team in the main group and Luis Leon Sanchez sprinted for fourth place and also Oscar Rodriguez finished safety in the peloton. Unfortunately, Gleb Brussenskiy was forced to abandon the race. After his crash at Mont Ventoux Challenge he looked OK at the start but after half of the stage we decided to stop him and to give him the possibility to recover ahead of his next races”, – said Dmitriy Fofonov, Team Performance Manager.