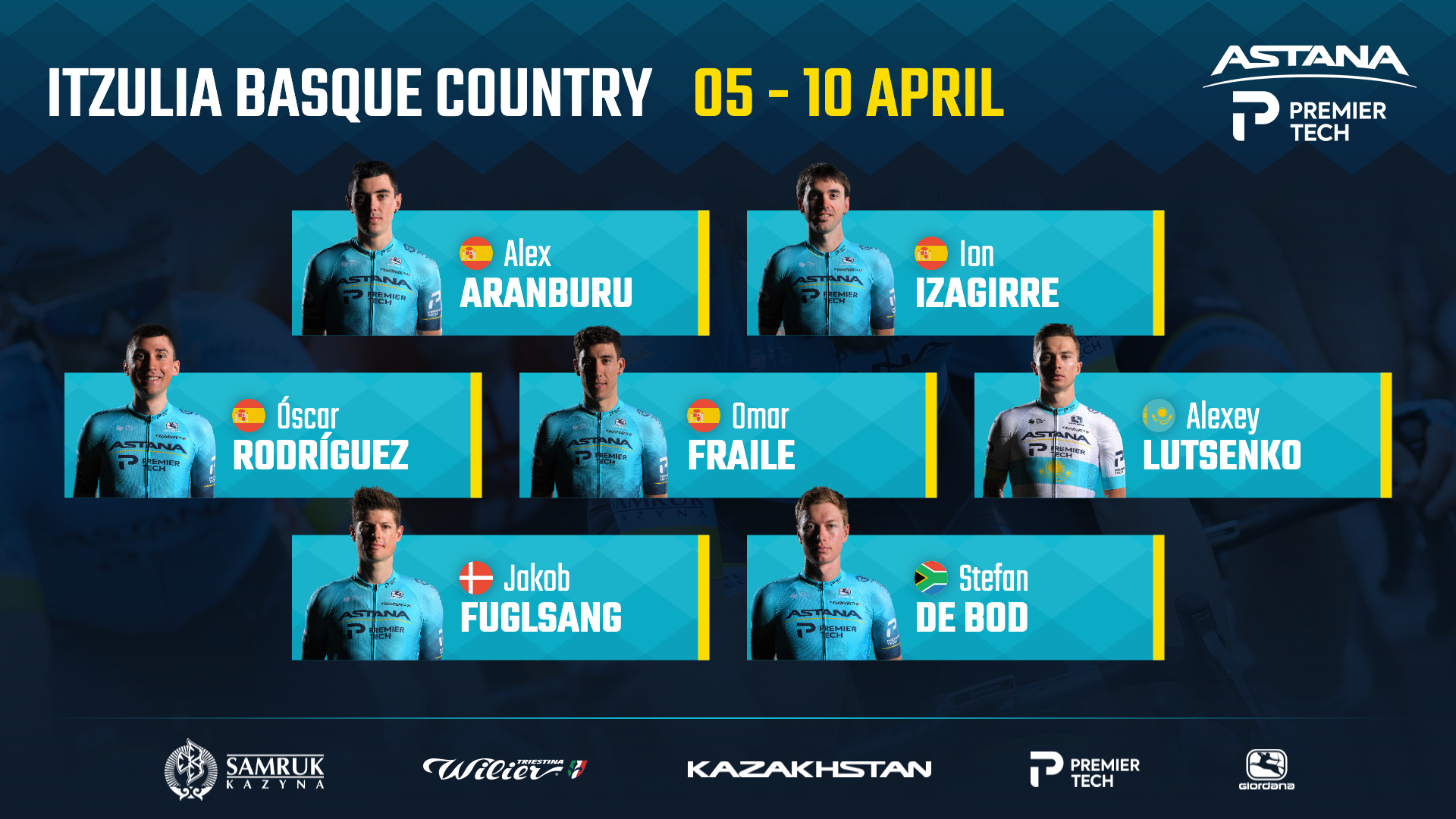 Ion Izagirre to defend 2019 title at the Itzulia Basque Country

Ion Izagirre returns to the Itzulia Basque Country as the defending champion as winner of the last edition of the race in 2019, after the 2020 race was canceled due to COVID-19 pandemic.

“As always Itzulia Basque Country provides us with a very tough route. So, we have to be ready for an explosive start right from the beginning. In the first stage, we will face a very technical and difficult time trial where the first battle between the GC favourites will play out. Also, the second and the third stages are very hard with many short, but super steep climbs as, for example, the wall of Ermualde in the final of stage three. The last day to Arrate will be a short one, but at the same time, super intense with a lot of climbs and 3500 metres of elevation. There is no doubt that anything could happen there. I think I am ready for the race, coming here after a very productive training camp at altitude. I’d like to fight for the General Classification and I want to try to defend my 2019 title. Of course, it won’t be easy at all as many big names are lining up, but we also have a very strong team,” – says Ion Izagirre.

Itzulia Basque Country is famous for its traditional hard route featuring many steep climbs. The 60th edition of the race begins with a challenging individual time trial in Bilbao with two ramps up to 19% and a long technical descent. The sixth and final stage of the race will see the peloton face a tough parcours with seven categorized climbs, including the final ascent to the iconic Arrate climb near Eibar.

Astana – Premier Tech is coming to the Basque Country with a strong rider roster including four riders set to race on home soil, with Alex Aranburu, Omar Fraile, and Oscar Rodriquez joining fellow Basque teammate Izagirre at the start line.

The team will target both the General Classification and stage wins, explains Sport Director, Giuseppe Martinelli.

“Itzulia Basque Country is one of the most beautiful races in the calendar and it was always an important point for our team as we were always aiming good result at this race. This year, we also are coming to Basque Country with a very strong and ambitious team. Ion Izagirre is the defending champion and for sure he will try to do his best to repeat his success. We also have Jakob Fuglsang and Alexey Lutsenko who are coming here to prepare for the Ardennes week and, there is no doubt, they will try to do something good here. Alex Aranburu and Omar Fraile are our riders, who will fight for a stage win, and they have good chances to succeed. I am looking forward to the next week at the Itzulia Basque Country as I think we are ready to show ourselves in a good way”, – says Giuseppe Martinelli