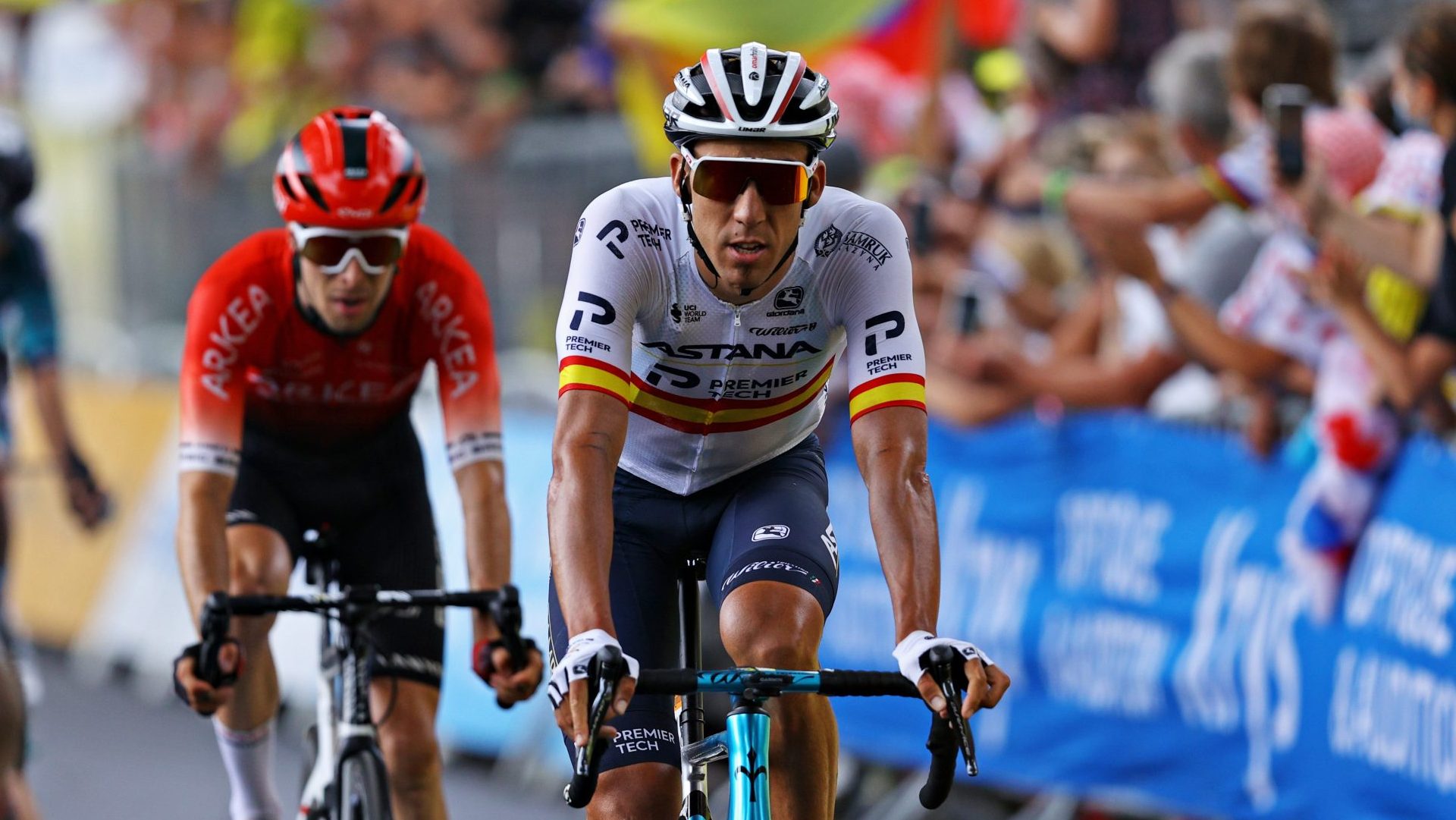 Omar Fraile on the attack on Tour de France stage 14

Omar Fraile went on the attack on Tour de France stage 14, finishing it off with another top 10 result for the Kazakh-Canadian team, crossing the line in sixth place.

After yesterday’s flat stage, today’s stage offered five climbs on the 183-kilometre course from yesterday’s finish town, Carcassonne to Quillan, where another showdown was expected.

Like in the previous days, the nervous start phase saw several attacks out of the peloton, trying to form a breakaway. Jakob Fuglsang and Omar Fraile launched attacks as the race tackled the Col De Montségur, around 95 kilometres from the finish.

After constant attacking, the Basque rider and Spanish champion Omar Fraile made it into the breakaway of the day. The big group of 14 riders opened up a gap of more than five  minutes on the peloton.

On the descent of the penultimate ascent of the day, Bauke Mollema launched an attack, which turned out to be the winning move, while Fraile found himself in the chase group behind.

Fraile showed fighting spirit tackling the final climb of the day in the second chasing group, while Mollema held on to take the solo win.

The Basque and Spanish Champion finished today’s demanding stage in a solid sixth place, another top ten result for the Kazakh- Canadian team.

Teammate Alexey Lutsenko crossed the line in the peloton, and moved into eighth place on the overall ranking.

“It was a big battle for the breakaway today, we really spent a lot of time trying to make a move stick. I spent a lot of energy to get into it because we knew this was a good day for a breakaway. The team had this stage marked as one for us so I was really motivated to go away. The group was really strong and when you look at the guys in there, you see that they are all guys who are often working for a leader so when you get your own chance, you’re always motivated even more. Of course I wanted to win and I gave everything I had. I came here to win a stage but now we’re going into the final week and there are not many opportunities left for me I don’t think. But we are really motivated to help Lutsenko as much as possible. I think he’s really strong and in better shape now than he was in the Alpes.”, says Omar Fraile