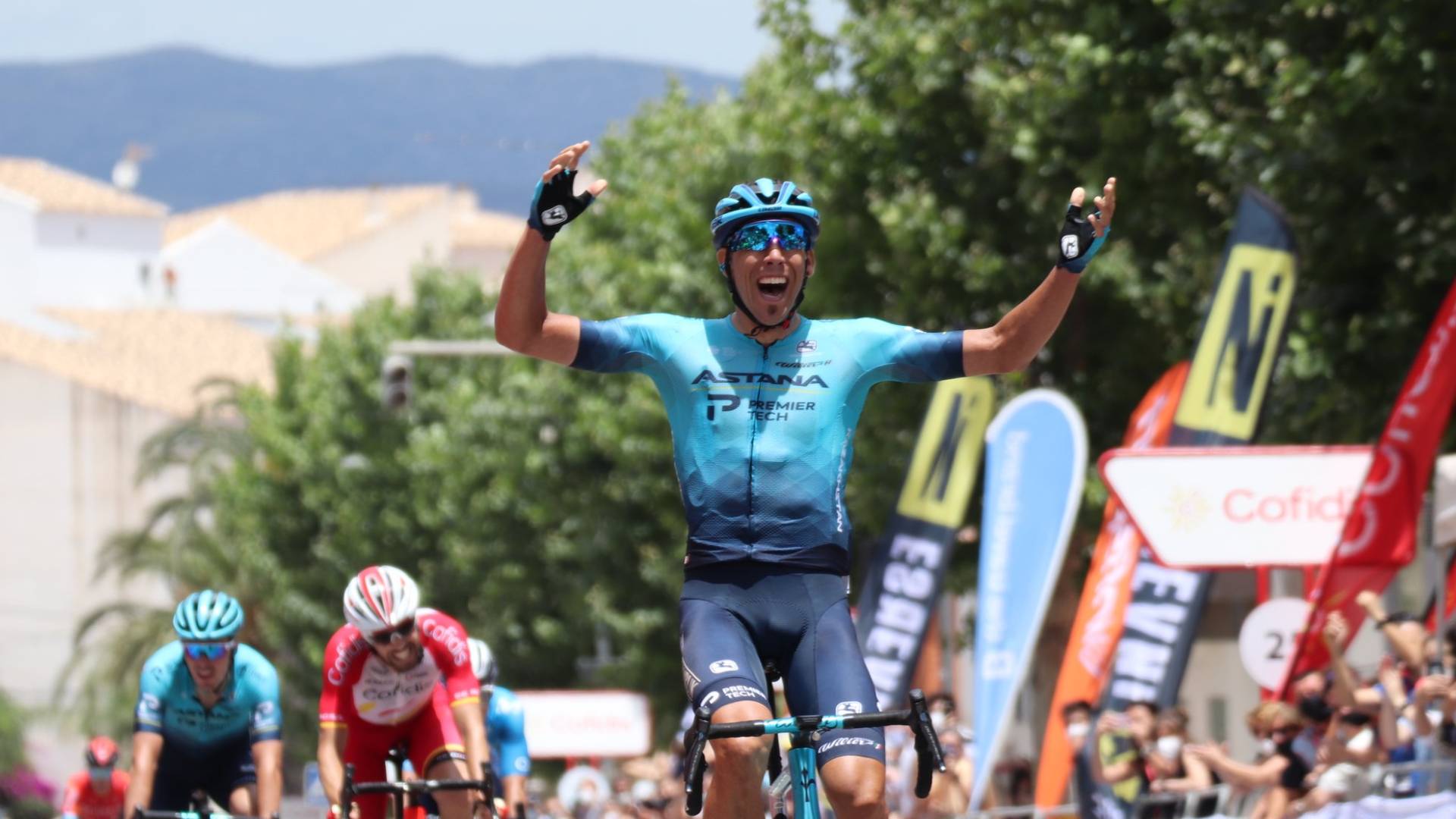 Omar Fraile continued Astana – Premier Tech’s dominance at the Spanish national championships, claiming the road race title with an impressive performance and a great display of teamwork, with Alex Aranburu rounding out the podium in third place.

Fraile inherits the jersey from teammate Luis Leon Sanchez in what was an emotional moment for the Basque rider, who secured his first national championship and first win since his Tour de France stage win in 2018.

“I was anxious to raise my arms again. When I crossed the line I didn’t believe it. It had been a long time since I had that special feeling and I did not believe it. That is why I was excited. It was a very hard day, a very demanding circuit, so we tried to control the race with Cofidis so that the break did not go too far. The finale was very crazy with many attacks. We all played our cards, but in the end we decided to try to prepare the sprint for Alex, but when it was time to launch it, I was a little stronger and I was able to get the victory,” said Fraile.

“It was 100 percent a team effort today because all six of us worked as one so a big thank you to the riders and staff of the team. Now I will start the Tour de France with special motivation and a lot of confidence.”

Astana – Premier Tech took control of the race and helped bring the breakaway back approaching the final 40 kilometres, at which point Ion Izagirre attacked from the reduced bunch and rode into the race lead with 35 kilometres to go.

Attack after attack played out in the last hour of racing with the race lead constantly changing. After Izagirre’s move was neutralized, Fraile attacked and was joined by two riders with 28 kilometres to go. The group grew in size with Sanchez joining Fraile at the front before the defending champion launched a move with one lap to go.

In the end, the groups came back together with 12 kilometres remaining, at which point Astana – Premier Tech had strong representation with Fraile, Sanchez, Izagirre, and Aranburu all there. The quartet, who had shown incredible teamwork all day, alongside teammates Javier Romo and Oscar Rodriguez, took responsibility in the finale with Sanchez and Izagirre setting the pace inside the final five kilometres.

Under the flamme rouge, Sanchez put the pressure on, with Fraile and Aranburu in his wheel, and as he peeled off with 500 metres to go, Fraile hit the front. Fraile started his sprint immediately and despite the distance to the finish line, he showed phenomenal strength to not only hold the lead but establish a gap with 150 metres to go.

The Basque rider had enough time to look over his shoulder, sit up and raise his arms in triumph as he took the victory ahead of Jesus Herrada and Aranburu, who sprinted to third place.

Fraile’s win secures a Spanish championship double for Astana – Premier Tech after Izagirre took the honours in the time trial for the second time in his career.