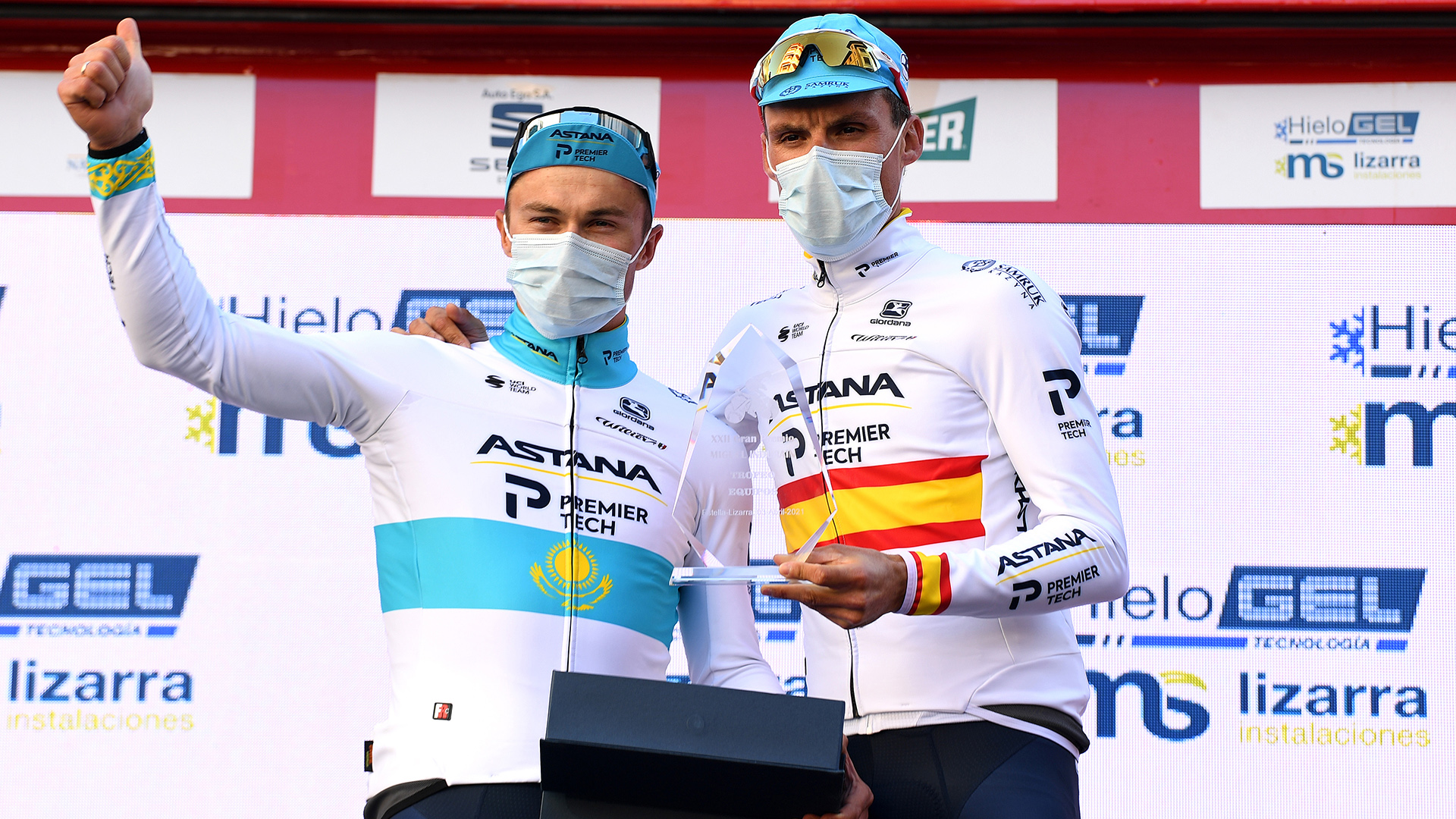 “I recovered pretty well after my crash at Paris-Nice and since then I’ve done a big amount of work to come back in form for this part of the season. I am still on my way towards the Ardennes classics, but so far I feel good and I think I spent a good day on the bike. I suffered a bit in the first half of the race, while later I felt much better, so I was up there in front for the decisive part. When I saw Valverde attacking from our group and catching Luis Leon, I counterattacked to join them. Together with Luis Leon we did our best, I tried to attack on the descent, but it did not work. Well, it was a good chance to win this race and we did all we could for that, but this time Valverde was just stronger. However, I am happy with my performance and now I am looking forward to the next week at Itzulia Basque Country. The main goal is still the same – to build up my form for the Ardennes, but if I see a chance to fight for a stage win I will try to use it”, – said Alexey Lutsenko.

“Once again, I was close to a victory, but missed it. Of course, I am a bit disappointed because I did my best today, but it was not enough. The team was perfect, and the guys did an amazing job for me, providing the best moment to attack. Everything went well in our late breakaway and I made my attack on the last big climb, but later Valverde was able to join me. Together with Alexey we tried to play our cards, but it did not work out. I have no regrets about this race as the team and I did all we could. Now I am looking forward to a short rest at home before coming back to racing with the Tour of the Alps and the Giro d’Italia”, – added Luis Leon Sanchez.

Astana – Premier Tech took control of the race from the beginning, showing the depth of the team at the front of the peloton to control the six-rider breakaway. Oscar Rodriguez and Javier Romo worked really well in front, step by step bringing the traditional early breakaway back. The race hit the reset button with 70 kilometres remaining when the breakaway was caught, setting the stage for further attacks.

It was Ion Izagirre, who launched a powerful attack with some 45 kilometres to go to create a new group of leaders together with Luis Leon Sanchez. The Spanish champion attacked shortly later and was joined by three riders, forming a strong quartet that built a 40-second advantage in the last 20 kilometres of the race.

While Luis Leon Sanchez was pulling hard in the leading group, Alexey Lutsenko, Omar Fraile, Alex Aranburu and Ion Izagirre were part of a reduced peloton behind.

Sanchez proved to be the strongest of the four riders and eventually dropped his breakaway companions on the Alto de Eraul but was quickly joined by Valverde who jumped clear from the chase group. Behind, Lutsenko launched an impressive attack and capitalized on his downhill skills to bridge to the Spanish duo as they hit the final three kilometres.

Lutsenko and Sanchez were unable to match a late attack from Valverde on the final uncategorized rise with two kilometres remaining, and despite digging deep on the descent into Estella, the Astana – Premier Tech duo rounded out the podium after an aggressive day of racing in the Basque Country.

“I am really proud of our team as all of the guys did an amazing job. It was something special. We followed our plan, and we did not do any mistakes on the road. We attacked in the right moment and Luis Leon Sanchez went away in the right breakaway which had all chances to go to the finish. Well, in the end there are a few teams who cooperated pretty well in front of the peloton, chasing the break hard inside the last 20 kilometres. I think we were the best team today, but one rider was just stronger in the final. I want to thank all of the guys for this day as we looked really solid and I want to congratulate Alejandro Valverde for a very nice win. Anyway, it was a good try and now all our eyes are on Itzulia Basque Country”, – said Giuseppe Martinelli.