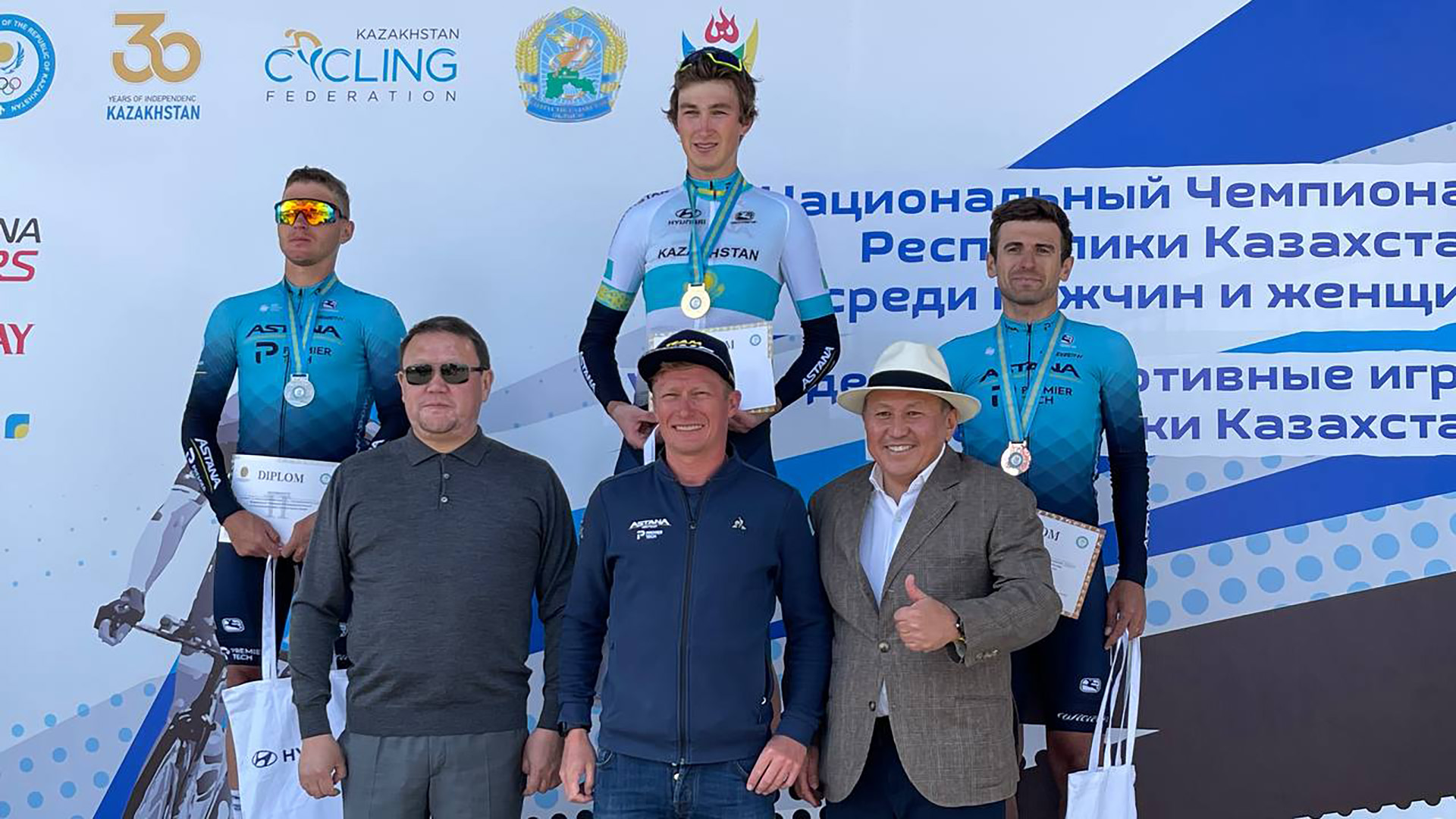 “Well, in the time trial I was really close to a win and I missed just a few seconds. So, coming out to the start of this race I was motivated to fight for a win. I spent a good day on the road, and I liked the route with just one climb over the distance and big and flat roads all the way to the finish. I made my attack with some three laps to go but I never got a big gap so, in the final, the group caught me. However, I still had some energy and in the sprint I just gave what I had in the legs and it was enough for a victory. I am really happy with my win and wearing the Kazakhstan national jersey makes me so proud. Now I will have a short break and then I will go to a training camp together with my team to get ready for the second half of the season”, – said Yevgeniy Fedorov.

Once the early break had been caught back with six laps to go, a new leading group with five Astana – Premier Tech riders went away, opening a one-minute gap to the peloton. With three laps to go, it was Yevgeniy Fedorov who launched a solo attack, gaining a ten-second advantage.

Fedorov pushed hard in front of the race but could not get more than 15 seconds to the group of chasers. At the finish, he was finally caught back by the group but was able to do a great sprint, winning the race and becoming the new national champion ahead of Yevgeniy Gidich and Artyom Zakharov.