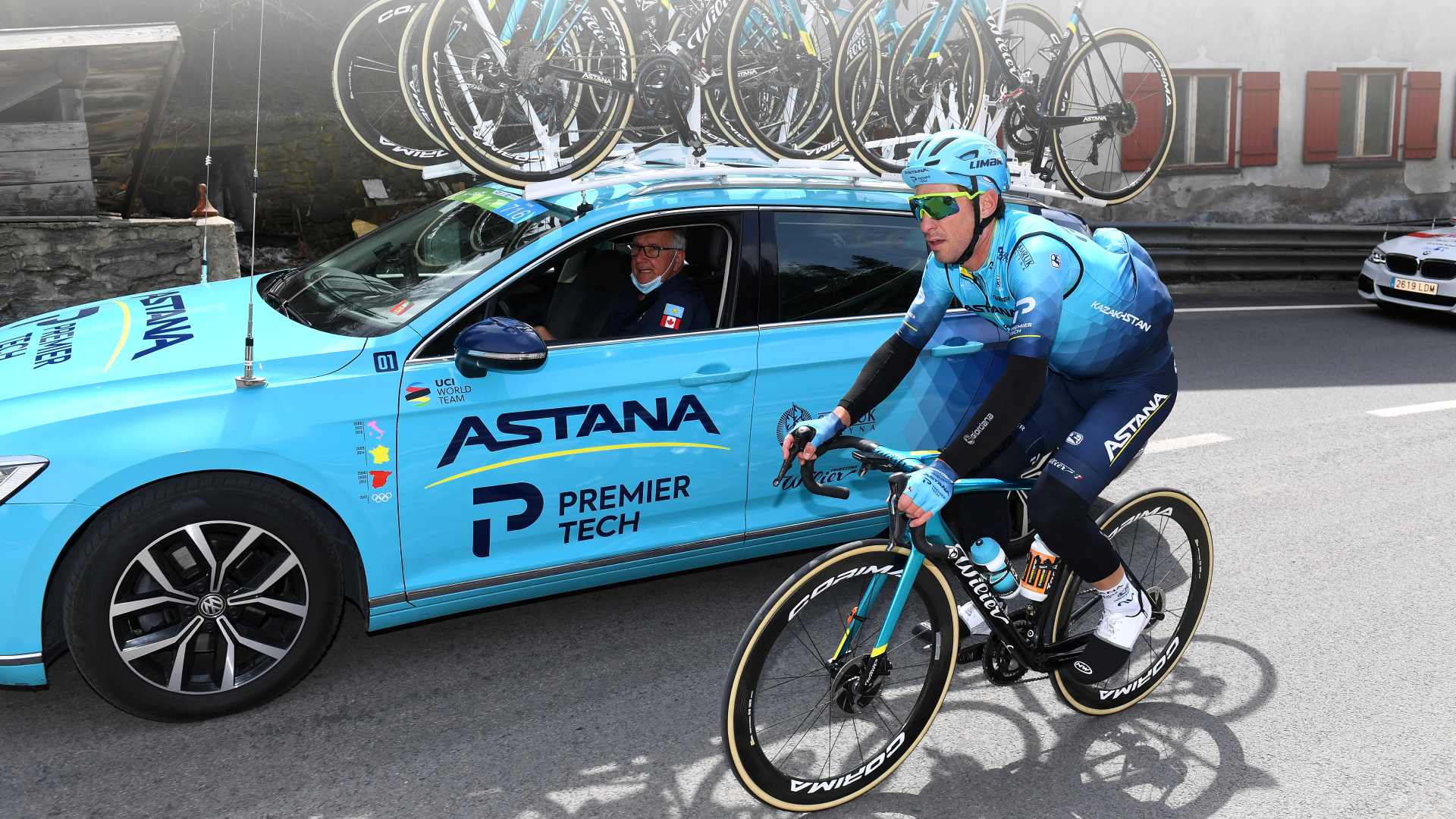 Fabio Felline put his sprint to the test on the fast finish of Tour of the Alps stage one, crossing the line in Innsbruck in fourth place while Luis Leon Sanchez followed just behind in 11th.

The opening day of the five-stage Italian race featured 140 kilometres and two categorized climbs with almost 2000 metres of elevation on the cards. The peloton allowed three riders to form the breakaway of the day and extend a five-minute advantage in the opening half of the race.

Astana – Premier Tech assumed control of the chase with the Kazakh – Canadian train lined out at the front of the bunch as snow began to fall on the first climb.

With the gap rapidly decreasing, the peloton caught the last rider of the breakaway, Italian Alessandro De Marchi, inside the final 20 kilometres, setting the stage for multiple attacks in the finale.

Aleksandr Vlasov and Luis Leon Sanchez were both active at the front of the bunch but it was an attack from Italian Gianni Moscon on the fast descent towards the finish line with four kilometres to go that would prove to be the winning move. Moscon managed to hold off the bunch to take the win and race lead while behind, Felline showed strong form to sprint to fourth place.

“Today was quite a good result for me. Honestly, the team rode really well since the first kilometre when the breakaway went. For sure, we did a lot of work for the main goal, the General Classification, to make sure we didn’t lose any time. This was also good for two other reasons; for my sprint and to try something with Luis Leon in the finale. In the end, we lost it in the last three or four kilometres when Moscon attacked. On one hand it’s a good result as it’s not bad being fourth after a long period without racing. But if I think about the work the team did, I am a bit disappointed. But we will see for the next days. The main goal is the GC and to build the condition for the Giro d’Italia,” Felline said.